Nintendo has a way of thinking outside the box when it comes to game consoles. While Sony and Microsoft tend to duke it out to see who can pack the most power into their latest gaming boxes, Nintendo has focused on oddball features like motion controllers and a balance board (Wii), a dual screen mobile game system (Nintendo DS), and a gaming tablet… with detachable controllers that also functions as a living room console (Switch).

But that last one… might not be as original as you think. Last year Gamevice filed a lawsuit, alleging the Switch infringes on the company’s patents.

Now the US International Trade Commission has announced that it’s investigating another claim from Gamevice, which the company apparently filed in March. While no ruling has been made yet, this could (at least theoretically) affect Nintendo’s ability to sell Switch consoles in the United States. 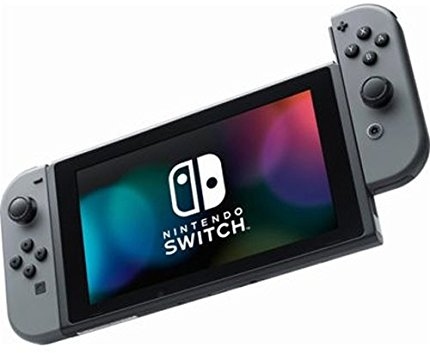 It’s true, Gamevice did release a tablet designed to work with removable controllers long before Nintendo. Remember the Wikipad? Probably not.

These days the company sells controllers designed to attach to third-party phones and tablets, allowing you to use physical gaming buttons, sticks, and direction pads with iPhones, iPads, and Android phones and tablets.

I doubt anyone would confuse any of the company’s products with a Nintendo Switch. But the question is whether Nintendo is violating Section 337 of the Tariff Act of 1930, which deals with unfair competition when it comes to importing and selling devices that may violate patents, trademarks, or copyrights.

Gamevice is seeking a “limited exclusion order and cease and desist” order, which means if US regulators find merit in the complaint, Nintendo might not be able to sell its latest game console in the US.