Netbooks may not be selling like hotcakes anymore, but it looks like the netbook effect has taken a toll on long-term laptop prices. Laptop Magazine reports that the average price of a notebook computer in March, 2012 was $507, or just a few bucks more than the price of an iPad. 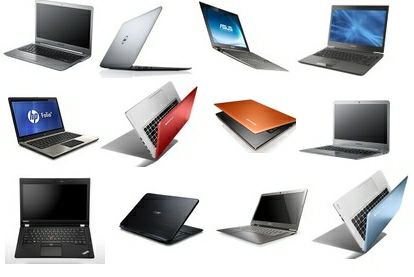 Of course, the average is what you get when you throw $199 netbooks, $1199 ultrabooks, and everything in between into a pot, stir, and then spill them out to see what you get. At least that’s how I think you get averages. I didn’t pay very close attention in math class… or was that home economics?

Anyway, there are plenty of expensive notebook models on the market, and plenty of dirt cheap ones. But it looks like on average, people aren’t spending a whole heck of a lot of money on portable PCs.

And that makes me wonder whether Intel and its hardware partners are going to have much luck selling high-priced ultrabooks with price tags around $900 and up. We’re starting to see some ultrabook prices drop into the $700 range — but that’s typically for older models that have been on the market for a while. Future “cheap” ultrabooks will also likely make compromises on storage capacity and other features in order to keep prices down.

It’s not that premium laptops aren’t worth premium prices. Apple sells plenty of MacBook Air models. But the MacBook Air is one of the cheapest notebooks Apple offers.

On the other hand, when you show a typical PC customer a $999 ultrabook and a $399 notebook, it’s tough to make the case that the ultrabook is a better buy just because it’s thinner, lighter, and has a solid state disk.