Apple’s 3rd-gen iPad Pro tablets are up for pre-order today for $799 and up. But that’s just the price for the tablet. If you want accessories like the Folio Keyboard and Apple Pencil you’ll have to pay extra… even if you already have an Apple Pencil.

That’s because the new iPad Pro doesn’t support the older Apple Pencil. So if you plan to write or draw on your fancy new tablet, you’re going to have to shell out an extra $129. 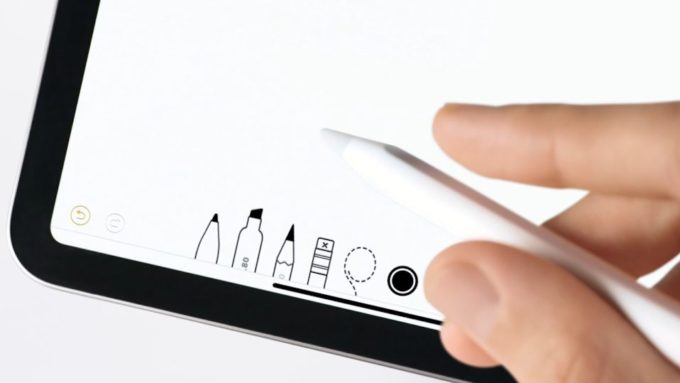 I suppose the move shouldn’t be a huge surprise — the original Apple Pencil was designed to be charged by plugging it into the Lightning port on a compatible iPad.

The latest iPad Pro tablets don’t have Lightning ports. They’re the first iOS devices with USB Type-C ports instead. So Apple could have gone with a new Pencil that charged via USB-C or the company could go wireless. Apple chose the second option.

Still, that’s rather inconvenient for folks who already have a perfectly good Apple Pencil and want to upgrade to the latest iPad Pro for its new design, faster processor, and other improvements.

That said, in addition to wireless charging, the newest Apple Pencil does have a few new tricks.

The new iPad Pencil is up for pre-order for $129 and ships November 7th. It’s not compatible with any older iPad devices.

Apple’s new Folio Keyboards for the 3rd-gen iPad Pro tablets sell for $179 and up and features an updated design that protects both the front and back of an iPad Pro and lets you stand up the tablet at one of two different angles.

That’s $20 more than the price for the older Smart Keyboard for the iPad Pro 10.5.