But what if you could just open your tablet, pop out a module holding the processor, graphics, memory, and storage, and slap in a newer, faster board? 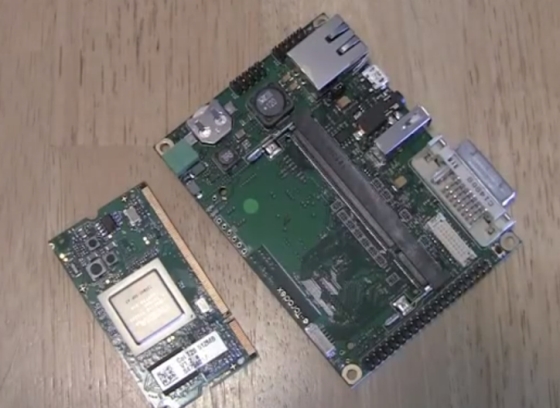 Navarre Bartz wants to develop an upgradeable tablet that would let you do just that.

His entry in the Instructables/Jack Daniel’s Independence Project contest shows how the system would work.

Basically, his tablet motherboard would consist of two parts. There’s a main board which features input and output ports, and which could include WiFi, Bluetooth and other components. And there’s a slot for a secondary board that holds the CPU, memory, and storage.

In his prototype, that secondary board is a Toadex Colibri computer on a module, a tiny PC system that looks like a stick of RAM, but which features an NVIDIA Tegra 2 dual core processor.

I’m not sure we’ll ever see this device make it to market, but if Bartz wins the contest he could get $25,000 to move his upgradeable tablet concept a little closer to reality.

But he’ll have to contend with other projects such as an automated micro brewery, a robotic strawberry picker, and other projects.