Folks snap an awful lot of pictures with their smartphones… but most phone cameras don’t have wide angle lenses, optical zoom, and other features that you’d get with a decent dedicated camera.

So last year Sony launched a line of lenses that you can clip onto a phone in order to take better pictures.

Now Sony is updating its lens lineup with two new models — including one that lets you use a wide range of Sony camera lenses with your phone. 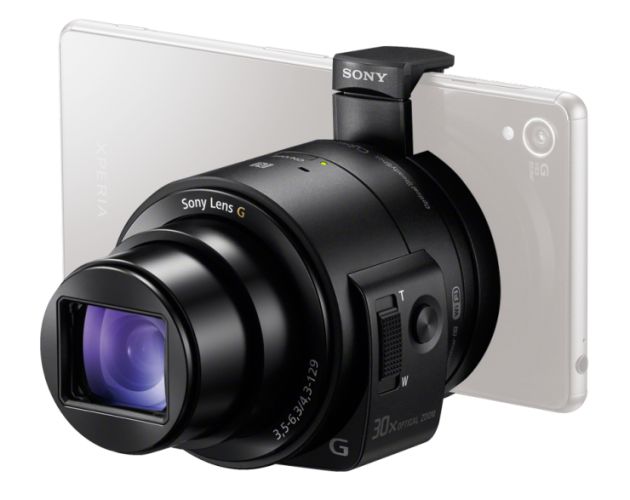 The Sony QX30 is a zoom lens with optical image stabilization and a 21MP image sensor. It’s basically a standalone camera-in-a-lens, but it pairs with your phone so that you can use it as a viewfinder and use the touchscreen to navigate options.

The lens supports WiFi and NFC, features 30x optical zoom, and has a built-in stereo mic so you can record audio and video as well as shooting photos.

Sony’s QX1 isn’t really a lens. Instead it’s a device that lets you mount Sony’s E-Mount lenses to your phone. In other words, you get access to a wide range of interchangeable specialty lenses that you’d normally use with a DSLR or other high-quality camera. There’s also an adapter that lets you use A-Mount lenses. 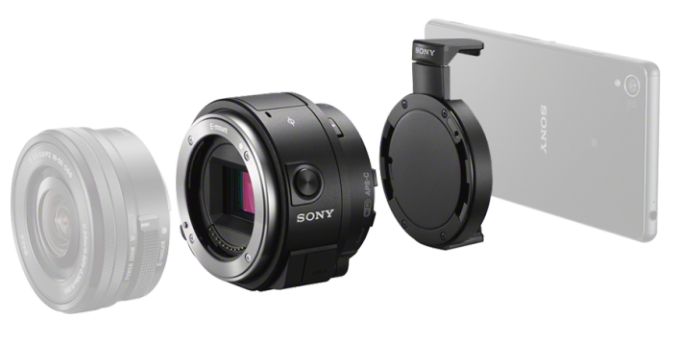 The QX1 itself has a 20MP image sensor, WiFi, and NFC for connecting to your phone. You can use your phone or manual controls on the mount itself, and the QX1 also supports external flash bulbs.