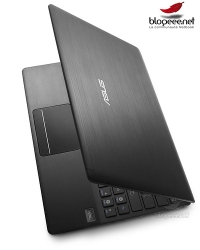 Just a few days ahead of the CeBIT trade show, Blogeee is reporting that Asus plans to launch three new netbook models which may be on display at the show. For the most part, these appear to be updated versions of the recently launched Asus Eee PC 1005PE and Eee PC 1008P.

I’d take all of this with a grain of salt for now, but Blogeee does have some pictures to back up its claims, and the site has a pretty good track record of getting Asus press shots before they’re officially released.