Skytex originally shipped the tablet with Android 2.3 Gingerbread software. But now a software update is available that lets you install Android 4.0.3 Ice Cream Sandwich on the SkyPad Alpha 2. 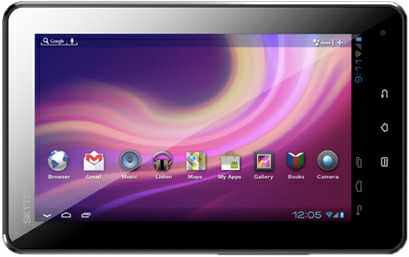 The tablet features Mali 400 graphics and has 512MB of RAM. That means it can handle HD video playback and 3D games — although the low resolution 800 x 480 pixel display means the only way to actually see every pixel in an HD video is to plug in an external display using the HDMI port.

The SkyPad Alpha 2 has a microSD card slot, mini-USB port, and front-facing camera. It supports 802.11b/g/n WiFi and has a capacitive touchscreen with support for 5-point multitouch input.

Skytex says the tablet should get about 6 hours of run time from the 3000mAh battery.

. MacMall is also offering the tablet through its eBay Store for just $139.99.