Over the weekend a recent change in Google Chrome’s behavior got a lot of attention: when you login to a Google service like Gmail or Google Drive on the web, the browser will show that you’re also logged into Chrome.

But that caused a bit of concern among folks who lamented that it meant Google would automatically have access to your browsing history, cookies, and other data.

Previously, if you used Chrome without signing into your Google account in the browser settings, your data would not be synchronized and sent to Google’ servers. And according to Google’s privacy policy for Chrome, logging in meant that it would be.

As it turns out, the situation’s a bit more complicated than that: signing into a Google web service will sign you into the browser… but Chrome won’t automatically start synchronizing your data unless you tell it to. 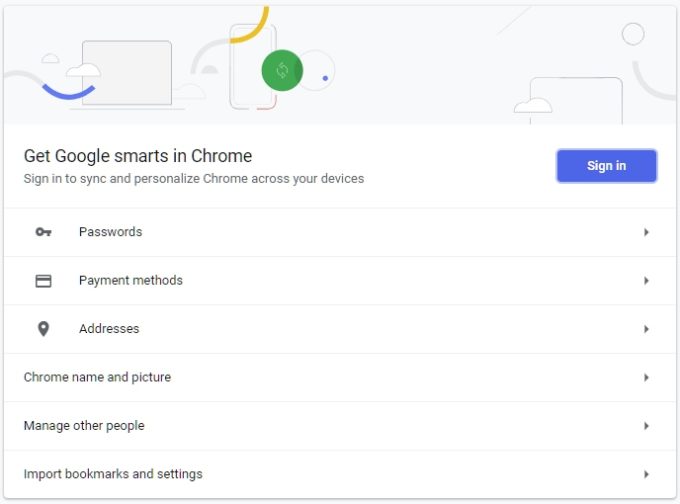 The new behavior is designed to make it easier for users who share computers to remember to log out. Sign into Google on the web and you’ll see your account picture in the upper right corner of the browser. Sign out from the browser and it’ll sign you out on the web as well (or vice versa).

But logging into Gmail in a Chrome browser that you haven’t already signed into will not automatically cause your bookmarks, history, passwords, and other account data to be uploaded to Google’s servers. In order to do that, you would have to explicitly turn sync on.

I’m still not sure how useful the new feature is for most users, and Google probably could have done a better job of communicating the changes and the thinking behind them. But better late than never, I guess.

FYI the chrome privacy notice has now been updated https://t.co/84hyyc5cwa

5 replies on “Update: Chrome 69 does not automatically sync your data without permission”