Video games that you can play in a web browser are nothing new. But Mozilla and Epic Games have a vision of a future where browser-based games look more like the kind of games you’d normally install to your hard drive or play on a game console.

Epic is showing off a demo of its Unreal Engine 4 running in the Firefox web browser… with no plugins required. 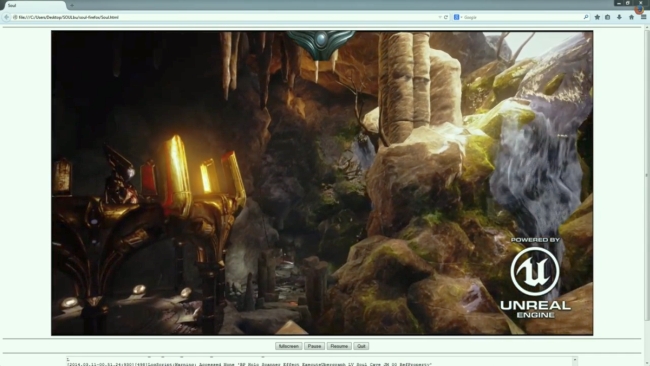 The new demo uses the same asm.js technology Mozilla introduced last year to enable web apps to use JavaScript code to run at speeds close to native apps. While you can use any web browser to access web apps that use asm.js, only Firefox is currently optimized for it.

Mozilla says web apps using asm.js now run at about two thirds the speed of native apps, which is up from about 40 percent last year.

While there’s clearly still some work to be done before web games catch up with native desktop apps, Epic and Mozilla are hoping to make the Unreal Engine 4 game engine available to developers that want to offer their games on the web. The same game engine can continue to power desktop PC games.

Eventually Mozilla also hopes to optimize asm.js for use on mobile devices, allowing developers to offer mobile games that run in a browser… or on operating systems such as Firefox OS which are designed to run web apps.