When Microsoft launched Windows 8, the company also released a version of the operating system designed to run on devices with ARM-based processors. Windows RT debuted on the Microsoft RT tablet, but it wasn’t widely adopted by other computer makers and after launching the Surface 2 tablet with Windows RT software, Microsoft has pretty much abandoned the project in favor of Windows 10.

But while there’s a mobile version of Windows 10 that can run on smartphones with ARM-based processors, Microsoft has not released Windows 10 for its discontinued Surface RT or Surface 2 tablets… and that’s where independent developer black_blob comes in. He’s working on an unofficial port of Windows 10 for the Surface RT. 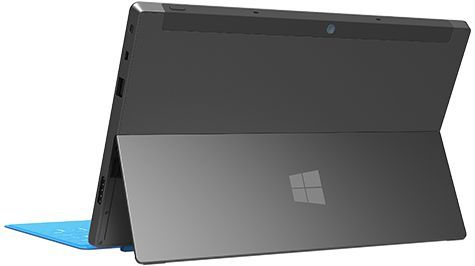 Black_blob says there’s a secure boot exploit that makes it possible to load third-party operating systems on Microsoft’s tablet and that Windows Phone 8.1 already works. But he’s hoping to bring Microsoft’s most recent operating system to the tablet.

He also notes that the same secure boot exploit should work on any device running Windows RT, so it could be possible to run Windows 10 Mobile or other operating systems on the Surface 2, Asus VivoTab RT, or a handful of other devices.

Unfortunately, as soon as he releases instructions for installing Windows 10 Mobile (or Windows Phone 8.1 or Android, or whatever) on those devices, he’ll also be making the security vulnerability he’s exploiting known… which means that Microsoft could release a software update that would block users from installing alternate operating systems… if the company cares enough about Windows RT security to release an update.