It’s been possible to install Google Android on the HP TouchPad tablet for months, thanks to the tools developed by members of the CyanogenMod team. But CyanogenMod isn’t the only version of Android that can run on HP’s 9.7 inc tablet.

Over the past few months the folks behind the AOKP (Android Open Kang Project) have made a name for themselves by delivering highly customizable builds of Google Android for dozens of phones and tablets including the HP TouchPad.

Now there’s a way for folks interested in bleeding edge features to download and install the latest nightly releases on a TouchPad. 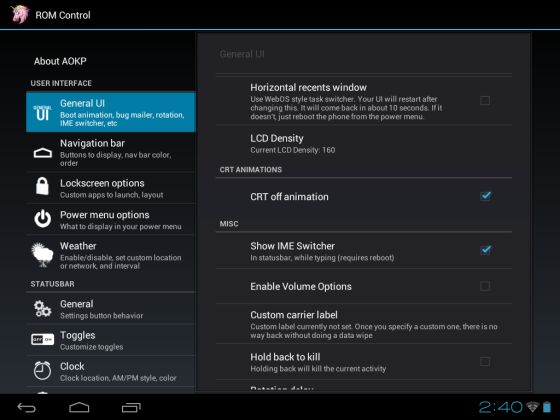 A developer by the name of Rohan has started compiling unofficial nightlies for the TouchPad based on the latest nightly releases of the main branch of AOKP.

You can find more details at the xda-developers forum or just visit the downloads page at goo-im.

What sets AOKP apart from CyanogenMod are a ton of custom optimization options. For instance, you can:

There are also official nightly builds of CyanogenMod 9 (and unofficial builds) available for those looking for a more stable experience.

If you’re already running Google Android on your HP TouchPad, the absolute easiest way to install AOKP nightly is to use the GooManager Beta app which is available from the Android Market.

I’m assuming you have TWRP custom recovery installed. If you’re using ClockworkMod Recovery, you’ll want to use GooManager to install TWRP 2.1 before proceeding with the steps below. 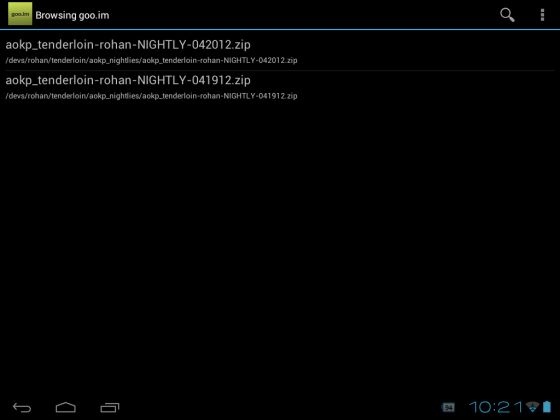 Once it’s downloaded and installed on your system, just follow these steps:

Once that’s done your tablet should reboot, wipe your cache, backup your system, and install the AOKP nightly.

You can use GooManager to download pretty much anything hosted at Goo.im, and you can even use it to install ROMS or ZIP files that are downloaded from other sources.

2 replies on “Unofficial AOKP nightly builds for the HP TouchPad”