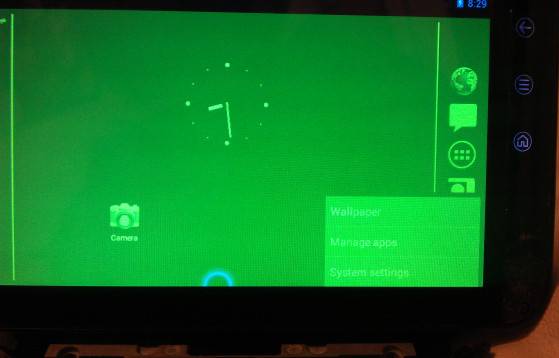 Now that Google has released the source code for Android 4.0 Ice Cream Sandwich, we’re seeing a growing number of developers working to bring the latest version of Android to older devices. The CyanogenMod team is already working on incorporating Android 4.0 into the next version of their popular custom firmware which runs on dozens of phone and tablets.

Now DJ_Steve has started to add  Ice Cream Sandwich to the Dell Streak 7.

The Streak 7 was one of the first big name tablets to launch with a 1 GHz NVIDIA Tegra 2 dual core processor. But it hasn’t gotten as much attention over the past year as tablets from Acer, Asus, Lenovo, and Samsung because the Streak 7 has a low resolution 800 x 480 pixel display and initially shipped with Android 2.2 Froyo at a time when Android 3.0 Honeycomb was all the rage.

Dell finally got around to pushing an Android 3.2 software update recently… but DJ_Steve released an unofficial version of Honeycomb for the tablet long before Dell did.

It’s not clear whether Dell even has any plans to offer Android 4.0 for the tablet, so it’s good to see that DJ_Steve is back at work.

Right now Ice Cream Sandwich for the Dell Streak is still in its earliest phases. As you can see from the photo, it can run on the tablet, but some of the hardware, including the display, isn’t fully supported yet.