The $50 Chromecast with Google TV is a dongle that hangs from the HDMI port of a TV, allowing you to stream video, listen to music, or play games using Google’s software.

Want to use it for something more? A team of developers have just released a method for unlocking the bootloader. That makes it possible to replace Google’s software with alternate operating systems such as the open source, Android-based LineageOS or even a GNU/Linux distribution like Ubuntu. But before you get too excited, you should know that the bootloader can only be unlocked on some Chromecast units. 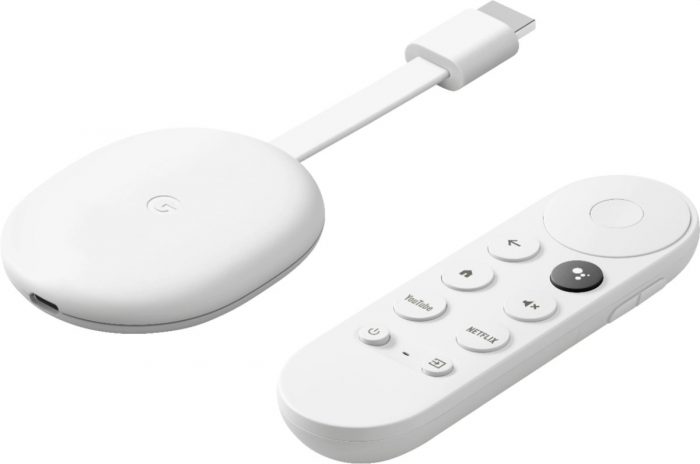 First, you’ll need a device that was manufactured before December, 2020. And second, you’ll need one that is running a version of the Google TV firmware released before February, 2021.

That’s because Google doesn’t make it easy to unlock the bootloader of its Chromecast device, so independent developers had to exploit a security vulnerability to do it. Google patched that vulnerability with newer hardware revisions and with software updates.

If you’ve been using a Chromecast with Google TV regularly, this probably means it’s already running newer firmware and you’re out of luck. But if you have one sitting in a drawer, now might be a good time to see if it’s hackable. Alternately, the developers note that you might be able to pick up a hackable unit from eBay (I suspect we’re going to start seeing listings that include the manufacturing date and/or last firmware update).

The easiest way to find out when your device was manufactured is to check the MFP date on the bar code sticker attached to the box the Chromecast came in. If you no longer have the box, you can use software to check the firmware level… or just try running the exploit, as the worst thing that will happen is that it won’t work.

Assuming you do have a hackable Chromecast, you can find the software for unlocking the bootloader, along with instructions, at the Sabrina-Unlock GitHub repository (“Sabrina” is the code-name for the Chromecast with Google TV). Note that you’ll need to run the unlock script from a 65-bit GNU/Linux distribution.

Once you’ve done that, it opens up the door to installing custom ROMs. Developer Frederic Basse has already released instructions for loading Ubuntu on the Chromecast, along with a demo video, while developer Nolan Johnson tells xda-developers that builds of LineageOS are on the way.

Keep in mind that while the Chromecast with Google TV has a reasonably decent Amlogic S9503D processor with a quad-core ARM Cortex-A55 CPU andMali-G31 MP2 graphics capable of handling 4K video playback, it also has just 2GB of RAM and 8GB of built-in storage.

That small amount of storage can be a problem when running the stock Google TV software and trying to do something as simple as installing app updates. It’s likely to also be a limiting factor when trying to run custom ROMs. You may be able to turn the Chromecast into a Linux computer, but it still won’t have a lot of storage space for applications or games.