Smartphone screen sizes have crept ever-upward in recent years, so it shouldn’t be a surprise that the upcoming Unihertz Atom XL has a much larger screen than the original Atom. But it’s still pretty tiny by modern smartphone standards.

The Unihertz Atom launched in 2018 with a 2.45 inch smartphone. The Atom XL has a 4 inch display, making it positively tiny by 2020 standards.

Last week we learned that Unihertz planned to launch a crowdfunding campaign for the Atom XL on February 25th. Now the company is sharing more details about the phone’s specs, design, and pricing. 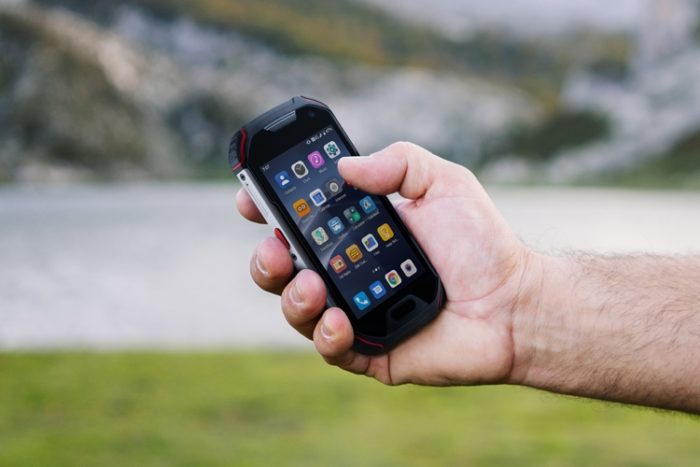 The Atom XL is a rugged smartphone with an MIL-STD-810G certified design and IP68 dust and water resistance. It’s ready to be used outdoors and has a rather thick body designed to take a beating.

But even with fairly thick bezels and bumpers, it’s still one of the smallest Android phones likely to launch this year, which could make it an option for folks that just don’t want to carry around a nearly tablet-sized device.

While Unihertz hasn’t confirmed the phone’s screen resolution, processor, memory, battery, or storage specs yet, here are a few things that we know are included:

The company also notes that there will be two versions of the phone:

The difference between those two editions? The Atom XL has a DMR Walkie-Talkie two-way radio while the Atom L does not.

In a Facebook post, Unihertz also notes that the prices listed above are 40-percent off the expected retail price, which means that the Atom XL will probably sell for around $280 and up when it hits retail availability later this year.

If you want to score the super early bird pricing, you can sign up to receive a notification when the crowdfunding campaign goes live.

It’s not clear when the Atom XL will eventually ship, especially given global shipping restrictions related to the coronavirus outbreak in Wuhan, China. The company recently told customers who had pre-ordered the Unihertz Titan (BlackBerry Clone) that pre-order shipments will be delayed due to the situation in China, but that customers who want a refund can request one.