The organization responsible for publishing the Unicode Standard says that it’s pushing back the release of Unicode 14.0 by six months due to the impact of the coronavirus pandemic. In a nutshell, a lot of volunteer time goes into producing an updated standard, and many volunteers have a lot of other things on their minds at the moment.

That means Unicode 14.0 won’t be finalized until September, 2021 rather than March, 2021 as originally planned.

And one result of pushing back the release date is that there will probably be no new emoji next year. 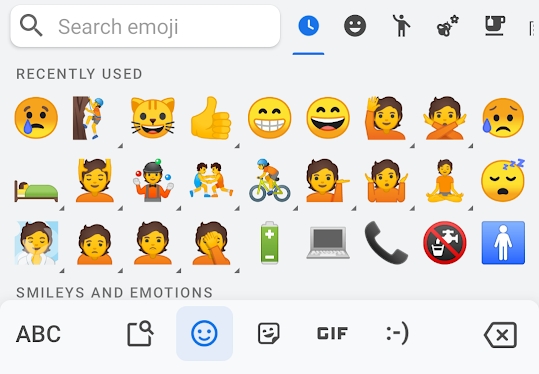 Unicode is the system that allows computers, phones, and other devices to display text and other characters in a consistent fashion — and that includes emoji.

It takes a while for phone makers to incorporate newly approved emoji into mobile operating systems. So new characters introduced in Emoji 13.0 this March will likely start to arrive this fall. But any new emoji finalized in late 2021 aren’t likely to show up on mobile devices until early in 2022.

That said, the Unicode Consortium is considering the possibility of an Emoji 13.1 release that would include some updated emoji sequences that use existing characters — for example an Emoji 13.0 sequences is a black cat, which combines a cat emoji and a black square to create something new(ish).

In the meantime, you can always check out Unicode website to find out more about emoji. Or you can just curse silently every time you accidentally hit the emoji key on your smartphone keyboard when you meant to hit the spacebar, like the rest of us.

via The Verge and Emojipedia