The Unicode Consortium has released version 10 of the Unicode Standard, adding more than 8 thousand new characters including 56 new emoji characters, which are part of the new Emoji 5.0 standard.

Some highlights include the addition of a Bitcoin sign and emoji for dumplings, sandwiches, pretzels, broccoli, and a “face with raised eyebrow,” which insiders have referred to as the “Colbert emoji.” 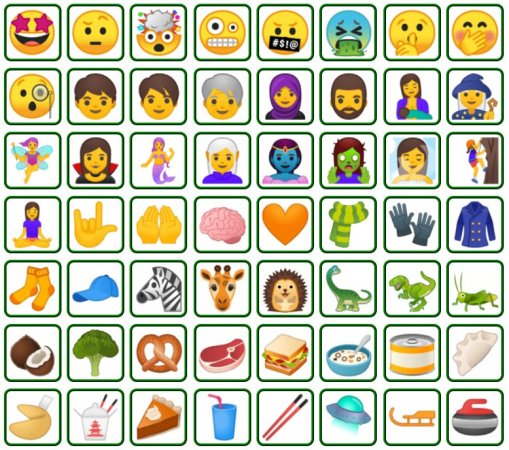 The new standard was released on June 20th, 2017, but developers have known what was coming for a while, so the new Emoji are already available in the beta version of Android O, for example.

Apple hasn’t officially announced when it’ll add support for the new emoji, but Emojipedia notes that iOS devices typically gain new emoji in the fourth quarter of a calendar year.

Twitter already added support for Emoji 5.0 in March, when the new standard was in beta.

Update: And Microsoft has rolled the latest Emoji into a preview build of Windows released to members of the Windows Insider program today.

3 replies on “Unicode 10 includes a Bitcoin sign, Colbert emoji (with one eyebrow raised)”