Firefox is starting to look like Chrome and Chrome is taking steps toward hiding URLs. While there are certainly some supporters of each move, there are plenty of folks disgruntled by the changes.

Fortunately, Chrome and Firefox aren’t the only games in town. Opera, Maxthon, Safari, and even Internet Explorer are all viable alternatives. And since Firefox is open source and there’s an open source development version of Chrome called Chromium, developers who want to make new browsers that retain the features of older versions of those browsers.

Here are a few browsers to check out if you’re not happy about the directions Google and Mozilla have been taking. 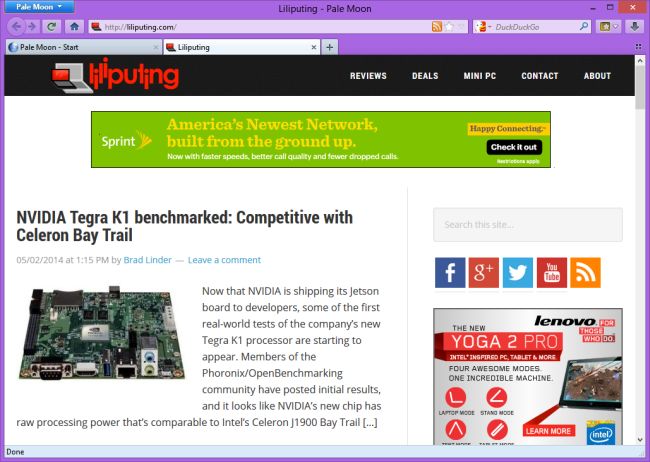 This open source browser is based on Firefox, but it drops support for old hardware in order to optimize performance on newer devices. The developer also has no plans to adopt the “Australis” user interface that makes Firefox 29 and later look a lot like Google Chrome.

While Pale Moon is a Windows-only browser and it has only one lead developer, it’s the browser that’s come up most often in comments on our recent article about the recent Firefox makeover.

Update: Pale Moon is now available for Linux, and even Android as well as Windows.

The folks at Opera have gotten a lot of attention for their speedy web browsers for mobile devices in recent years. But Opera’s been offering desktop web browsers since 1995 and has a history of introducing features such as tabs and Speed Dial bookmarks long before they become industry norms. 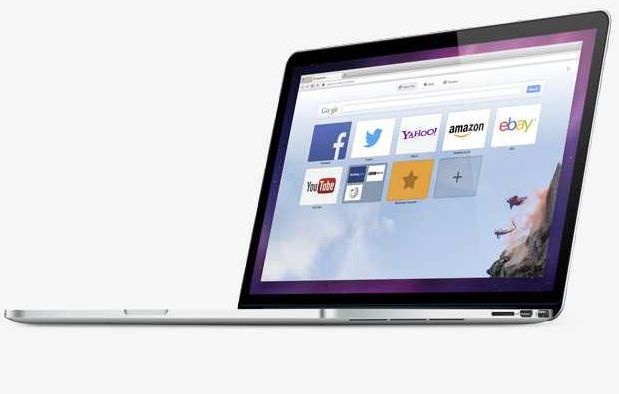 The latest versions of Opera are based on the same Blink rendering engine as Google Chrome, but it includes features like data compression to help speed up browsing when you’re on a slow network, support for its own system of plugins, Speed Dial bookmarks, and more.

Like the speed and simplicity of Chrome, but don’t like the fact that Google tracks your user data? This browser is based on the open source Chromium browser and looks a lot like Chrome. But it blocks data tracking and includes some other minor changes. 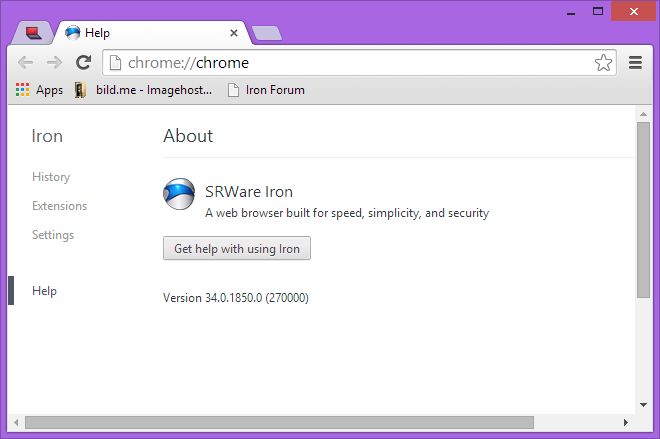 The default search engine is also set to DuckDuckGo, although you can change that setting.

Prefer a browser that users Mozilla’s Gecko rendering engine? K-Meleon is a light-weight, open source web browser for Windows that uses Gecko. But it has its own user interface that’s independent of Firefox. 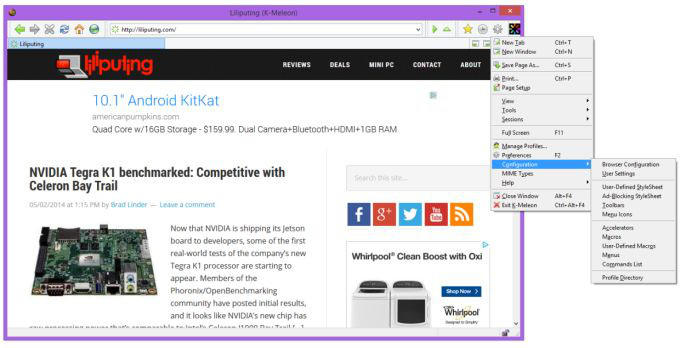 It’s also highly customizable, with support for a limited number of plugins, but a huge variety of tweaks to change the appearance and behavior of the browser. K-Meleon didn’t see a lot of development between 2010 and 2014, but the developer recently started offering beta builds of a new version based on the Gecko 24 rendering engine.

This cross-platform browser runs on Windows, OS X, and Linux as well as mobile devices. It uses the WebKit rendering engine, and includes cloud synchronization features. 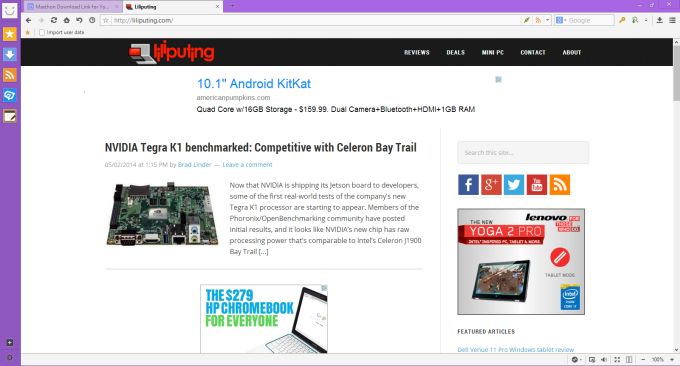 Maxthon also includes support for extensions, and has some unusual features baked in, including a split-screen mode, a built-in resource tracker, and more.

Chromium would be an odd choice for folks looking to get away from Chrome, since the open source version of the browser often gets new features before they’re available in the stable builds of Chrome. But if you prefer running open source software, Chromium is an option. It’s also the software that many other browsers are based on, including Opera, Iron Browser, and Sleipnir, among others.

If you have a Mac or an iOS device, you have the Safari web browser. But Safari is also available for Windows machines… and it’s actually a pretty decent web browser, with support for Reading mode, and extensions. 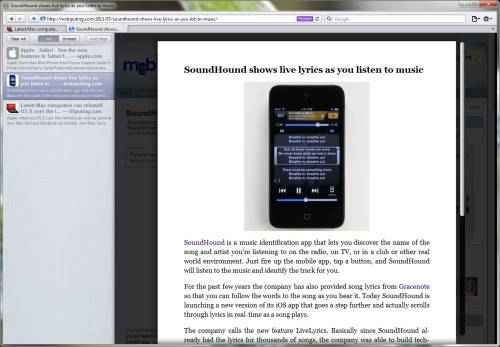 Unfortunately, Safari 6 is not available for Windows, so the latest version of Safari for Windows is version 5.1.7. So this is probably a better option for Mac users.

If you’re running Windows, you’ve already got Internet Explorer on your system… and while the browser has a reputation for ignoring web standards and generally underperforming competitors like Firefox and Chrome, the truth is IE has come a long way in recent years. If you haven’t tried the default Windows browser in a while, you might want to give it another look. 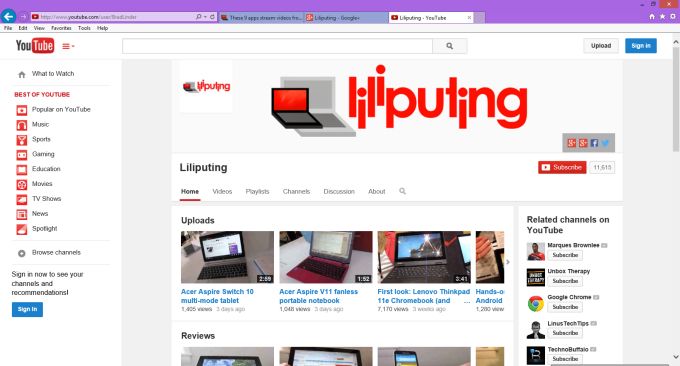 Internet 11 is fast, has a simple but effective user interface, support for high DPI screens, and support for WebGL, among other things.

Liliputing’s readers are a bit geekier than your average citizens of the web… so it’s probably not a huge surprise that Google Analytics tells me Internet Explorer is only the 4th-most popular browser among visitors (behind Safari, Firefox, and Chrome — which is way out ahead because it’s used not only by Windows, Linux and Mac users, but also Android users).

Here’s a look at the browsers people were using to read Liliputing in April, 2014: 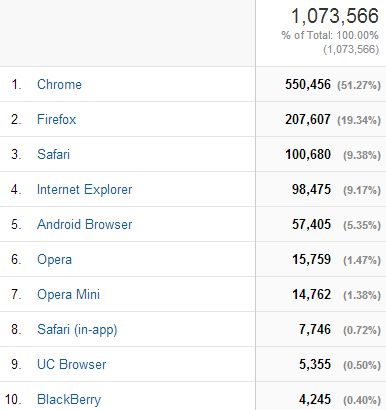 So what browser are you using these days? And are you looking for an alternative?

47 replies on “Unhappy with Chrome and Firefox? Here are some alternate web browsers”