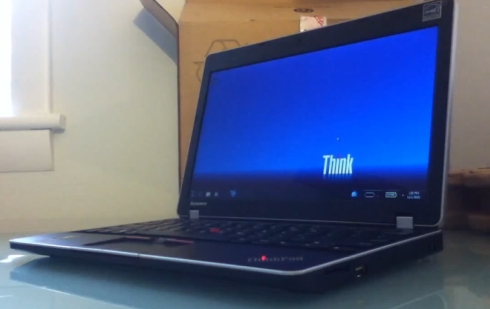 The Lenovo ThinkPad Edge 11 is a thin and light notebook from Lenovo’s business division with a choice of an AMD Nile or Intel Core i3 CPU, and a starting price of under $700. Unfortunately the laptop isn’t available in the US, and Lenovo currently has no plans to offer it here, but you can pick up the ThinkPad Edge 11 in the UK and some other regions.

Lenovo was kind enough to send a demo unit to review, and I shot a brief unboxing video last night, which you can check out after the break.

The model I’m testing has a 1.33GHz Intel Core i3-380UM CPU, 2GB of RAM, a 250GB hard drive, Windows 7 Professional, and a 63Whr battery. It has an attractive red lid, and a keyboard and touchpad that look a lot like the ones found on the Lenovo ThinkPad X100e I reviewed earlier this year… but the keys are a bit concave on the Edge 11, which isn’t the case on the X100e.

I’m particularly interested in seeing how the new CPU performs and what kind of battery life I can get from this notebook, but I have to say, the design is rather snazzy and looks a bit more attractive and less stuffy than the X100e, even though both are considered business class notebooks.