It looks like Samsung has a new entry-level or mid-range Android tablet on the way.

An unannounced tablet called the Galaxy Tab A4 S showed up at the Bluetooth SIG website on Christmas. A tablet with the same model number (SM-T307U) showed up at the WiFi.org website in November. And most recently, the same tablet seems to have passed through the FCC.

While Samsung hasn’t officially launched the tablet yet, documents uploaded to those two websites provide some key details. 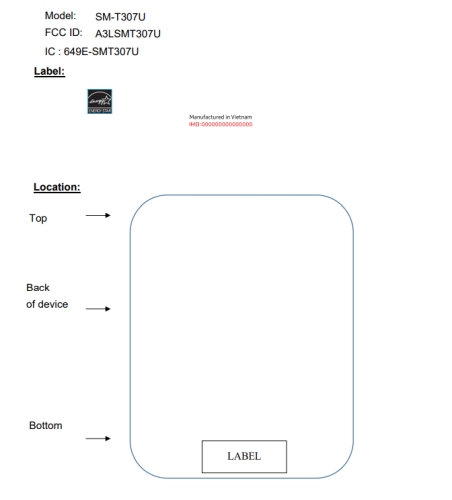 The tablet has a model number of SM-T307U, and if older reports are anything to go by, the tablet will likely be powered by a Samsung Exynos processor, support 32GB of storage, and ship with Android 9 Pie.