Asus appears to be preparing to launch an entry-level Windows 8 ultraportable notebook called the Asus Vivo Book S200. It features an 11.6 inch touchscreen display, an Intel Core i3 processor, and an estimated launch date of November.

Update: Asus is selling this laptop as the VivoBook X202 in the US, where it will sell for $599. 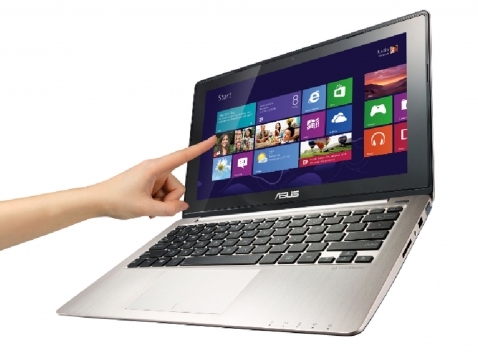 While the S200 is part of the same lineup as the upcoming Asus Vivo Tab and Vivo Tab RT, it’s not a tablet like those models. But the notebook does have a touchscreen display, so you can interact with the Windows 8 user interface by tapping and swiping your fingers across the screen or by using the keyboard and touchpad below the display.

Asus hasn’t announced any new Eee PC netbooks recently, and it looks like this 11.6 inch laptop may be the closest we’ll get from the company..

Update: At $599, it’s kind of hard to call this model a netbook replacement (although in early 2008 it wasn’t unusual to find netbooks in that price range when they were still a relative novelty).

AsusStore.it is showing a price of €499, but that doesn’t tell us how much the laptop will cost in the US… or even in Europe, since the price could change by the time the Vivo Tab S200 is released in November.

Update: As Engadget noticed, the Vivo Book also pops up toward the end of a promotional video for an October 23rd Asus event in New York (which I’ll be attending).