Asus may be preparing to launch an Android game console box or handheld system. The folks behind the AnTuTu benchmark noticed some test results and specs for an unannounced system called the Asus GameBox. 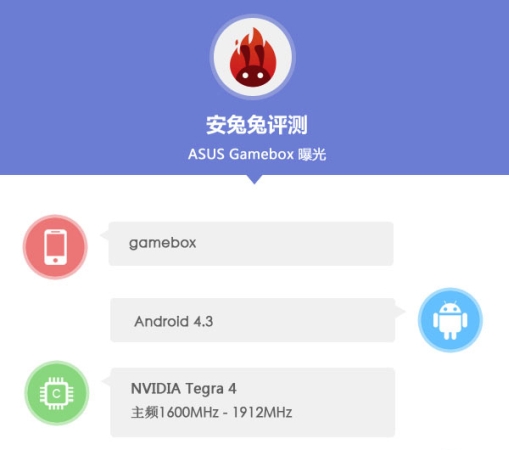 In other words, while the device has “box” in the name, it has a display. That suggests it could be some sort of handheld system like an NVIDIA Shield or Archos GamePad.

But there’s no camera, which suggests that either this is an early prototype, or it’s really designed primarily for gaming and isn’t expected to replace a general-purpose tablet.

At this point the device is running Android 4.3 Jelly Bean, but there’s no telling if that will still be the case by the time the tablet hits the streets… if it ever does. There’s also no word on how much the Asus GameBox will cost.

3 replies on “Unannounced Asus GameBox with Tegra 4 in the works?”