The UG008 is a palm-sized device which you can plug into a TV to run Android apps on a large display. Like many other Android mini computers that have been released in the last few months, it has a Rockchip RK3066 dual core processor and runs Android 4.1 Jelly Bean.

But unlike many of its peers, this inexpensive Android computer has an Ethernet jack. 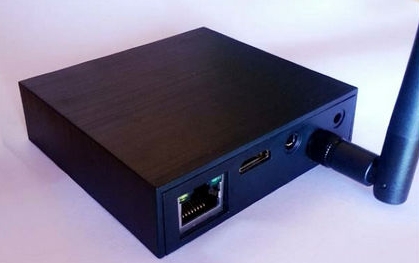 One problem that plagues many of the small Android TV sticks that we’ve seen has been poor WiFi reception. If you buy a cheap Android device with the hopes of streaming Netflix, YouTube, and other media to your TV, a good internet connection is kind of important.

While the UG008 is a little larger than some of its peers, the addition of an Ethernet jack means that you should be able to keep a reliable internet connection by running a cable straight to your router.

The UG008 also has an external antenna which should help with WiFi performance if you choose to go wireless.

GeekBuying sells the UG008 for $68, but you can also find it at AliExpresss, where it sells for about $60 and up (although not all sellers offer free shipping).