A few years ago phone makers largely made the move from eMMC to UFS storage for high-end phones, with most current flagships using UFS 2.1 storage offering theoretical top read speeds that are up to three times faster than eMMC 5.1 storage.

Now Samsung says it’s getting ready to make the move to UFS 3.0, which could be up to twice as fast as UFS 2.1. 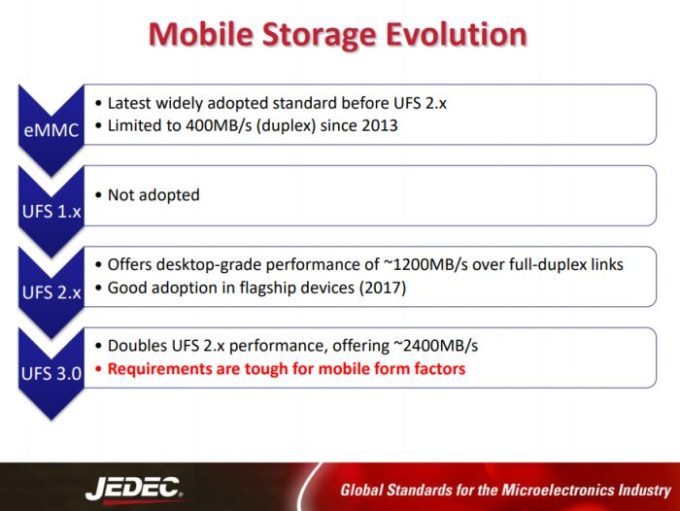 The UFC 3.0 specification was published earlier this year and offers theoretical top data transfer rates of up to 11.6 Gbps per lane for up to 23.2 Gbps of peak performance in solution with 2 lanes.

Android Central reports that Samsung announced we’ll start to see Samsung UFS 3.0 storage in the first half of 2019, with 128GB, 256GB, and 512GB options available. Micron, meanwhile, is already working on 1TB UFS 3.0 storage for mobile devices and says it will be available by 2021.