The folks at SECO have been cranking out single-board computers under the UDOO brand for a while, and last year the company started shipping the UDOO BOLT, one of the first models powered by an AMD Ryzen Embedded processor.

Now the company is taking orders for a new model called the UDOO BOLT GEAR. It’s a complete computer (including a case) with a Ryzen Embedded V1605B processor, Radeon Vega 8 graphics, and support for standard RAM and solid state storage.

But the little computer isn’t just a small desktop PC. It also has an Arduino-compatible chip and support for up to four external displays, which could make it a platform for development, industrial or commercial applications, or other projects.

Or you could just use it as a PC, I suppose. It should support Windows, Linux, or most other operating systems. The UDOO BOLT GEAR is available from the UDOO Shop for $399. 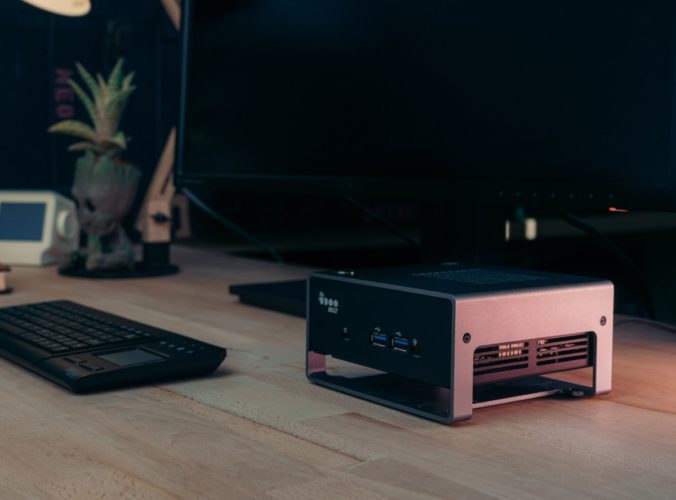 That price will get you a barebones computer with AMD’s 2 GHz quad-core Ryzen Embedded V1605B processor, but you’ll need to supply your own memory, storage, and operating system.

In addition to the Ryzen processor, the system has an ATmega32U4 ARduino Leonardo-compatible microprocessor, and features Arduino-compatible I/O pins.

If you’re wondering what you can do with the UDOO BOLT Gear, the company has posted a setup guide with information about connecting accessories, assembling the metal case, and installing an OS. There are also instructions for building your own arcade-style video game system, although you don’t necessarily need the new BOLT GEAR for that. The original UDOO BOLT should be fine.