Canonical has been offering pre-release builds of Ubuntu Touch for smartphones and tablets for a few months. But these early builds are pretty rough around the edges. Not only are there very few third party apps that can run on Ubuntu Touch at the moment, but the software isn’t really stable enough to run on a smartphone you plan to use every day as… well, a smartphone.

But that could change in the coming weeks. 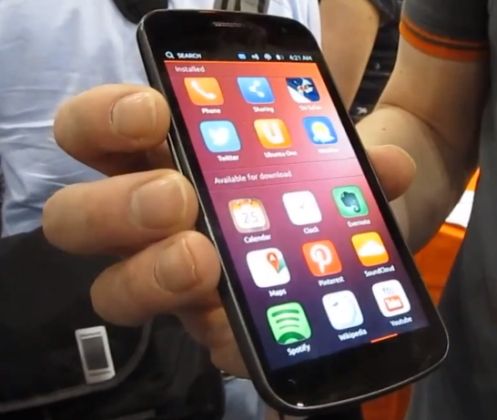 Canonical VP Rick Spencer says the team plans wants to have builds of Ubuntu that are ready for daily use on smartphones by the end of May.

That means the OS will have to support making and sending calls and text messages, surfing the web over WiFi or 3G, importing and editing a contact list, and allowing the screen to dim automatically when you hold the phone to your face to start talking.

The team also wants to make sure you can apply an OS update without losing data on your device — something that’ll be important for anyone running what’s still pre-release software on their phone.

Some features may still be unsupported — such as cameras on certain devices. But it sounds like the goal is to at the very least let developers and enthusiasts start using some devices (such as the Samsung Galaxy Nexus) as Ubuntu phones by June.

You can find download links and installation instructions at the Ubuntu Touch website. Or you can follow our guide for a simpler method for installing Ubuntu Touch the same way you’d install CyanogenMod or another custom ROM on an Android device.

via Network World and Slashdot