The developers of the Ubuntu Linux operating system for desktop, notebook, and server computers are working on a touch-friendly version for smartphones and tablets, with the first Ubuntu phones expected to go on sale this year.

While Ubuntu for phones and tablets shares a lot of code with the version you would run on a laptop, apps designed for Ubuntu phones typically run in full-screen mode, much like Android or iOS apps.

But developer Michael Zanetti has written a blog post explaining how to run apps in resizeable windows that can be re-positioned. 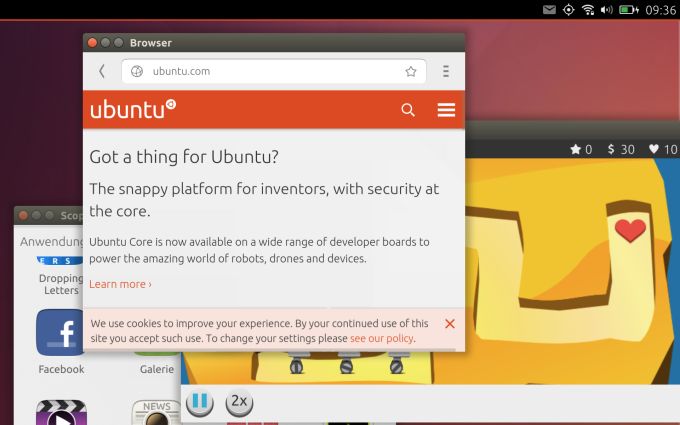 In order to try windowed mode, you’ll need to install a devel-proposed channel build of the newest version of Ubuntu 15.04 Vivid Vervet with the Unity8 desktop. Then you’ll need to follow Zenetti’s instructions for enabling support for windowed usage mode.

Once that’s done you’ll be able to drag windows around, shrink, maximize, or minimize apps, and generally treat mobile apps as if they were desktop apps… for the most part.

Zanetti says this works better on tablets than phones, since the panels for windows is hidden by the panel. He suggests starting the gallery app as a workaround. 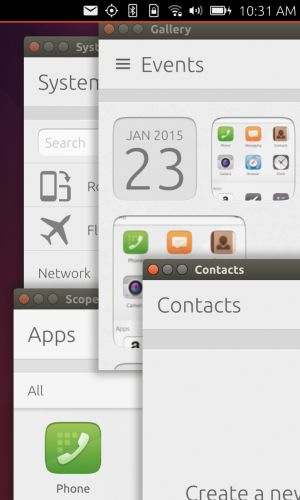 Windowed mode is still a work in progress and it may be disabled for devices with phone-sized screens in the future.

16 replies on “Ubuntu Touch apps can run in windowed mode”