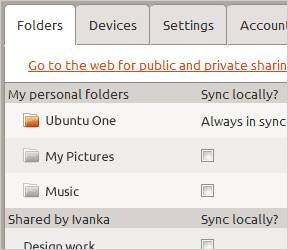 Ubuntu One is an online file storage and synchronization service that lets anyone running Ubuntu Linux to keep documents, media, and other files synchronized between computers and backed up online. The Ubuntu developers at Canonical also offer Ubuntue One apps for iOS and Android, allowing you to access your files from a phone or tablet.

Now Canonical has added a Windows client to the mix.

At first, this might seem like a strange development. Why would Windows users want to sign up for Ubuntu One when there are already Windows-friendly alternatives such as Dropbox available? But like the Android and iOS apps, the new Windows client isn’t aimed at people that exclusively use Windows — it’s aimed at Ubuntu Linux users.

Since it’s hard to get by in this world exclusively using Linux, most Ubuntu users also probably spend some time with Windows — whether they maintain a computer that dual boots Ubuntu and Windows, have multiple computers, or simply have to use Windows while at work. The new Ubuntu One software lets users keep files on their Windows and Linux computers synchronized.

via Ubuntu One Blog