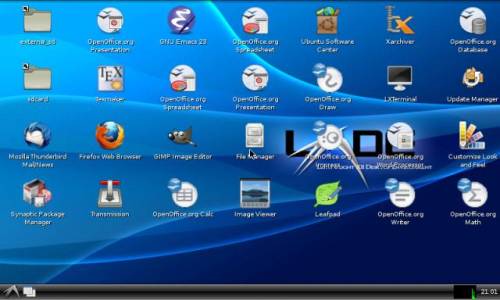 There are a handful of reasons you might want to run a full-blown desktop Linux operating system on your smartphone or tablet. It allows you to use desktop apps such as Firefox or LibreOffice, for one thing. The best reason is probably because it’s an incredibly geeky thing to do. But that doesn’t mean it has to be difficult to set up.

Profclean2000 at xda-developers has come up with a simple tool for running Ubuntu Linux on an Android device. It uses a trick we’ve seen before, with a disc image hanging out on your SD card and a VNC client running on Android to let you login to your Ubuntu environment without exiting Android. But profclean2000’s tool will make the process of installing Android almost as easy as installing any app on your smartphone.

While the app was designed for the Dell Streak 5 and Dell Streak 7 tablets, it is reported to work on some other devices as well. You’ll need to root your phone or tablet though.

The app is expected to hit the Android Market soon under the name “Ubuntu Mobile,” but I wouldn’t be surprised if the name eventually changes. Canonical doesn’t take too kindly to other developers hijacking the name of its popular Linux distribution — even if this version is just Ubuntu designed to work on Android.

Update: The app is now live in the Android Market for $1.99. It allows you to install a customized version of Ubuntu 10.10 with Firefox, OpenOffice.org, and other desktop Linux apps preloaded.