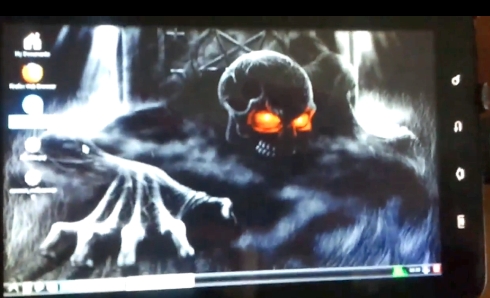 Sure, the Samsung Galaxy Tab ships with Google Android installed. But what if you want to run another operating system on this 7 inch tablet, like say… Ubuntu Linux? No problem. It turns out that Ubuntu runs pretty well on the Galaxy Tab.

In the demo video below you can see some of the steps to install Ubuntu, but if you just want to see how it looks, skip ahead to about 7 minutes in, where you can see the Ubuntu desktop, the Firefox web browser, and the on-screen cursor. The browser appears to be pretty zippy, although it looks like it might be a little tricky to control the cursor.

4 replies on “Ubuntu Linux shoehorned onto the Samsung Galaxy Tab”