The Nexus 7 tablet may be Google’s flagship Android tablet. But it has a bootloader that can be unlocked, a powerful 1.2 GHz NVIDIA Tegra 3 quad-core processor, and 1GB of RAM. In other words, it should be perfectly capable of running other operating systems.

So it’s not surprising that the folks at Canonical seem to be using Google’s $199 tablet as a reference platform for Ubuntu for tablets. 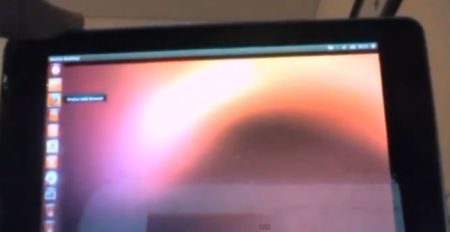 This is hardly the first time we’ve seen Ubuntu or another Linux distribution running on an ARM-based tablet. Early builds of Arch, Debian, and Ubuntu are available for the HP TouchPad, for instance. And there’s even an app that lets you install Ubuntu on an Android device as if it were an Android app (by loading the system image onto your storage and letting you login using a remote desktop viewer).

There have also been unofficial efforts to port Ubuntu to the Nexus 7.

It’s not clear exactly what approach Canonical is taking to getting Ubuntu up and running on the Nexus 7, but this is the first time the company behind one of the world’s most popular Linux distributions will be taking such an active approach in porting their software to run on an off-the-shelf device.

It doesn’t seem like the overall goal of the project stops with the Nexus 7 though. Instead, the idea is to use it as an inexpensive reference platform for making Ubuntu a more tablet-friendly operating system.

Maybe one day we’ll see tablets ship with Ubuntu as an alternative to iOS, Android, or Windows RT.