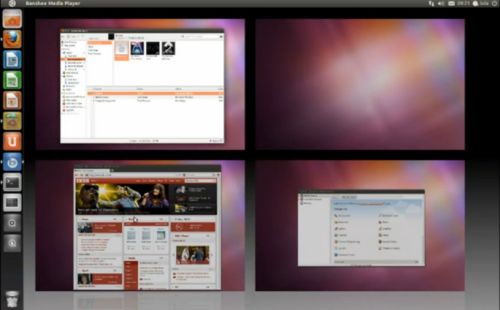 Two major Linux distributions have received major updates today. The first is Ubuntu Linux, which was updated to version 11.04 right on schedule — the developers launch new versions every six months. The second is the somewhat geekier Slackware, which now has one of the geekiest version numbers imaginable: 13.37.

Ubuntu 11.04 is a much more radical departure, featuring a brand new desktop environment called Unity which replaces Gnome as Ubuntu’s default user interface. Lifehacker has a good walkthrough showing some of the new features in Unity.

Aside from the new user interface, Ubuntu 11.04 comes with Firefox 4, LibreOffice 3.3.2 (instead of OpenOffice.org), and the Banshee 2.0 music player instead of Rhythmbox. Ubuntu 11.04 also includes a new 2D version of the Unity desktop environment for devices with ARM-based processors.