Canonical’s crowd-funded smartphone project raised more than $3.5 million in about a day, but the vast majority of folks who pledged to back the project did so at around the $600 mark. That’s the price early adopters could pay to be among the first to get their hands on an Ubuntu Edge phone if and when they ship in May, 2014.

But Canonical made that a limited-time offer. It was only available for one day, and for the first 5,000 people to pledge $600 or more. Everyone else had to pledge at least $830 to get a phone.

Now that the crowd-funding campaign is a few days old, the company is offering new, cheaper options. 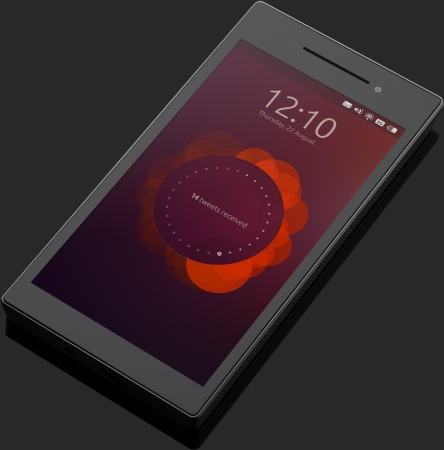 Instead of pledging $830 to reserve a phone, the new pledge levels start at $625. That’s a limited time offer too though. Canonical has a plan to encourage folks to pledge early with a rolling set of goals.

Right now the first 1250 people to pledge at $625 or $675 levels can reserve a phone. Once those rewards are used up, the next pricing level opens up.

The whole thing should let more than 30,000 people reserve phones below the eventual list price of $830 — assuming all of the pledge slots fill up. 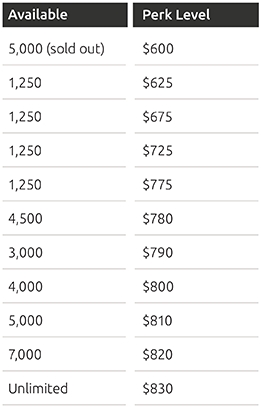 The move makes sense — it’s a lot easier to stomach paying $625 for a phone than $830. But if you look at the Ubuntu Edge’s hardware, $830 doesn’t seem unreasonable. It could be one of the first phones to ship with 4GB of RAM and 128GB of storage, and it’ll feature a sapphire crystal scratch-resistant display.

Canonical has already offered partial refunds to folks that pledged $830 before the new pledge levels were available.

It’s also designed to be one of the first phones that dual boots Ubuntu and Android, and which can function as a full-fledged desktop PC. Just connect it to a docking station, hook up a mouse, keyboard, and monitor and you can run Ubuntu Linux desktop apps on a big screen.

Of course, like other crowd-funding projects, it’s important to keep in mind that this product doesn’t actually exist yet. If Canonical doesn’t reach its $32 million fundraising goal, the project will be scrapped. And even if it does reach the goal, there’s no guarantee that the phone will ship or have all the promised features if and when it does.