The Ubuntu Edge smartphone project has already raised a staggering amount of money in just a few days. Folks interested in helping bring a phone that dual boots Android and Ubuntu and which can function as a desktop PC to market have pledged more than $6 million toward a goal of $32 million in hopes of being among the first to get the phone.

Ubuntu founder Mark Shuttleworth is doing his part to keep interest in the project strong. He took to reddit to answer questions about the phone. 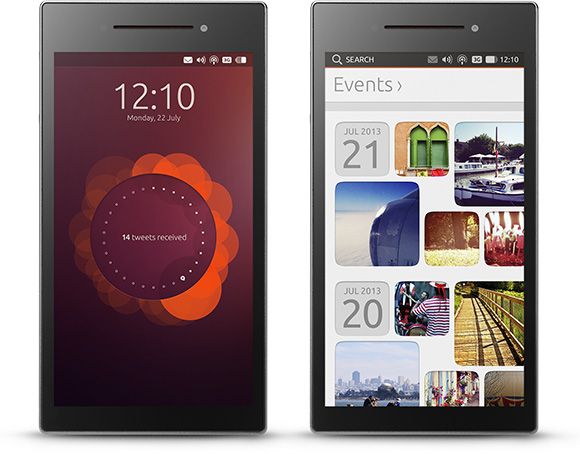 While the Ubuntu software on the phone will be open source, the hardware will not necessarily be open. The goal of this project is to see if Canonical can get a phone built and brought to market with crowd-funded support.

So the team has looked for the best hardware available, but hasn’t necessarily looked for hardware with the best open source drivers.

Instead, the goal is to offer a strong enough experience to power both mobile and desktop software.

The final CPU and GPU haven’t yet been selected, but the phone’s expected to feature 4GB of RAM and 128GB of storage. Those are the kinds of specs we usually see in laptops, not phones — although the low power ARM-based processor will bring more of a phone/tablet type of touch by enabling long battery life and always-on capabilities.

If all goes well, Canonical may ask community members to vote on features for future models.

Mark Shuttleworth says: The Edge will ship in the first half of 2014, and Canonical will offer software updates for Ubuntu 14.04 LTS. That’s a Long Term Support release, which means that Canonical will continue offering support for this phone for 6 years.

Brad Linder interprets: Support in this case may mean bug fixes and security updates, not necessarily new features. While Canonical could certainly offer updates to Ubuntu 14.10 and beyond, it looks like the focus is on the long-term version of Ubuntu, and those only come out every 18 months.

By the time the next one is due in late 2015, the Ubuntu Edge hardware might start to look a little dated.

While the phone will ship with Android and Ubuntu, the platform will be open enough to allow users to hack and tinker. Theoretically there won’t be anything stopping you from loading a different operating system on the Ubuntu Edge if you’d prefer to have a Debian or Fedora phone (assuming you can figure out how to make phone calls on a device running Debian or Fedora).

Like the idea of the project, but don’t want to spend hundreds of dollars to reserve a phone? Shuttleworth says the team is open to the idea of lower pledge levels where backers would get a T-shirt or something.

Nope. When added to all the other hardware Canonical wants to cram in the case, it’d make the phone too thick.

Canonical has no plans to crowd-fund its own laptop. But if the company reaches its $32 million funding goal for the Edge, it’s possible someone else could try to raise money to build and offer a notebook running Ubuntu or another open source operating system.

Ubuntu on other phones?

Shuttleworth says several “brand name manufacturers” have presented phones running Ubuntu to carriers, but there’s no word yet on if or when any carrier/device maker combo will be ready to bring one to market anytime soon.

How many phones will $32 million build?

The best guess is about 40,000 phones. It’d probably cost less per device to build a larger number.