Remember Ubuntu for Android? More than two years ago the developers at Canonical introduced a new software platform that would let you use an Android smartphone as an Ubuntu desktop. But we haven’t heard much about Ubuntu for Android since early 2012.

This week a redditor noticed a bug report that suggested Ubuntu for Android was no longer in development, so the website should be removed. 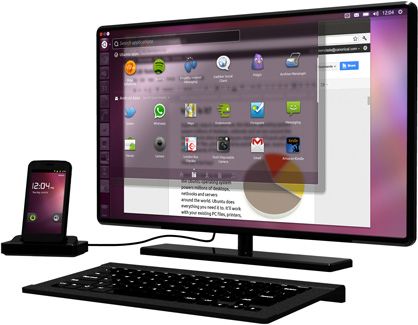 So here’s the concept behind Ubuntu for Android: Your phone would essentially have two operating systems: Ubuntu and Android. During day-to-day, on-the-go use, you’d interact with Android. But connect your phone to a docking station and hook up a mouse, keyboard and monitor and it would switch over to Ubuntu.

That way you could access any of the million or so mobile apps available for Android when you’re out and about. But your phone would become your PC and let you run full desktop apps like Thunderbird, Firefox, GIMP, or LibreOffice when you’re at your desk. You wouldn’t have to sync your files between your phone and your PC (or home and work PCs), because your phone and your PC would both fit in your pocket… in the same device.

Canonical says the development of Ubuntu for Android is pretty much complete and the software could be implemented… with the support of a hardware partner. But so far no smartphone makers have expressed any real interest in using Ubuntu for Android software, and a Canonical rep tells PC World that the company isn’t “currently in concrete discussions with launch partners.”

That said, Canonical’s still open to the idea… so if you happen to be a phone maker and you want to partner with Canonical, you can find contact info on the team’s website. 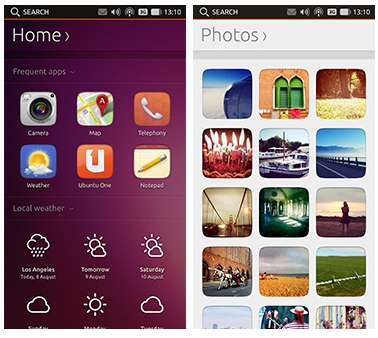 For now, Canonical seems more focused on bringing Ubuntu Touch to smartphones and tablets as an alternative to Android instead of a compliment to it. The first Ubuntu phone should begin shipping later in 2014.

20 replies on “Ubuntu for Android is on hold indefinitely”