The latest version of the popular Ubuntu Linux operating system has a new display server, a newer Linux kernel with improved hardware support, an updated theme, and support for joining Microsoft Active Directory domains, among many other changes.

Ubuntu 21.04 “Hirsuite Hippo” is now available for download, and it’ll be officially supported for 9 months. If you want to prioritize long-term support over bleeding edge features, you can also still install Ubuntu 20.04 LTS, which will be supported through April 2025. 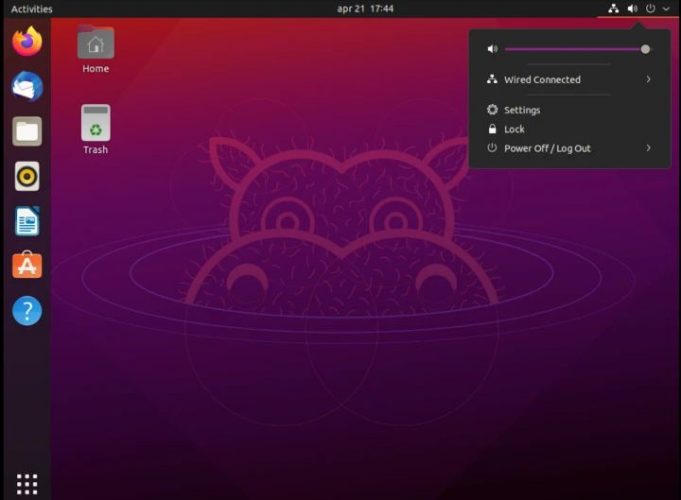 One of the biggest changes in Ubuntu 21.04 is that the Wayland display server is enabled by default. The developers at Canonical say this will bring smoother graphics, better support for fractional scaling on displays with high pixel density, and improved security.

Applications including Firefox and OBS Studio should be able to take advantage of the change.

Some of the more visible changes include a new dark theme, support for placing files on your desktop (which had been removed in an earlier version of the GNOME desktop environment, but which is back now), and a home directory that is now private by default, with the permissions changing from 755 to 750.

Ubuntu 21.04 also features the Linux Kernel 5.11 with support for power management features on systems with AMD Ryzen processors and improved support for USB4 and Thunderbolt, among other things.

And while Microsoft Active Directory support isn’t going to be a big selling point for home users, it could make it easier for business and enterprise system administrators to manage Ubuntu workstations on a network.

One thing to note is that while Canonical has not moved to the new GNOME 40 desktop environment yet, Ubuntu 21.04 does include the GNOME 40 versions of many core applications, even though the operating system itself is still using GNOME 3.38.

You can find more details in Canonical’s announcement, the release notes, or in recent “what’s new” posts from 9to5Linux, HowToGeek, DebugPoint, and It’s FOSS.