The latest version of Ubuntu Linux is out today, and it’s a long term support release, which means that it’ll receive 5 years of official support from Canonical.

Ubuntu 20.04 LTS will be supported through April, 2025. As such, there’s more of a focus on stability and performance than flashy new features — especially if you’re comparing the OS to the most recent version that came out just six months ago.

But this is the first LTS release since Ubuntu 18.04 came out, folks who are upgrading from that version will probably notice some bigger changes. 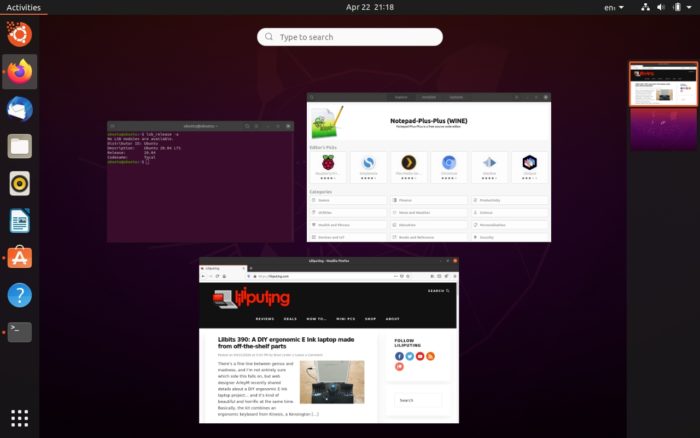 Under the hood, Ubuntu 20.04 LTS featured the Linux 5.4 kernel with better support for new hardware including improved support for USB 3.2 and USB Type-C ports, support for the latest chips from Intel, AMD, and Qualcomm. There’s also support for RISC-V processors, and you can run Ubuntu 20.04 on most recent Raspberry Pi computers.

Other changes in Ubuntu 20.04 LTS include:

Some core applications have also been updated, so Ubuntu 20.04 ships with Firefox 75, LibreOffice 6.4, Thunderbird 68.7.0, and a bunch of other updated packages.