Ubuntu has been one oft he most popular GNU/Linux distributions for well over a decade… but the operating system has changed quite a bit over the years.

The latest release, Ubuntu 19.10, came out this week… almost exactly 15 years after the first version of Ubuntu was released on October 20th, 2004.

In a blog post, Canonical CEO Mark Shuttleworth notes that some of the biggest changes since the early days include Ubuntu’s move from a desktop-first operating system to one that now powers servers, IoT devices, and AI applications. But there are still a number of new features in Ubuntu 19.10 aimed at home users. 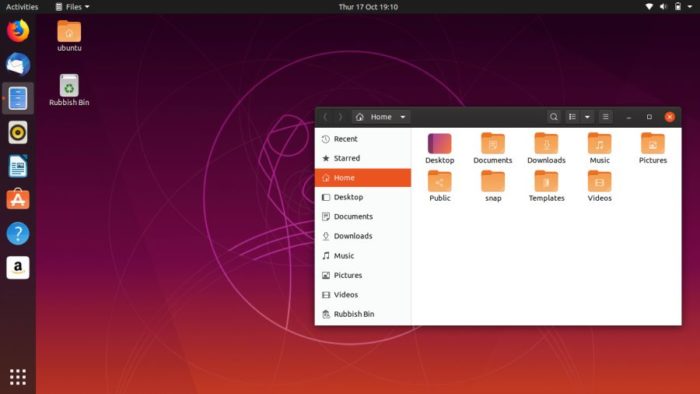 Ubuntu 19.10 also ships with support for WPA3 Wi-Fi security,the Linux 5.3 kernel with support for more hardware, and updated versions of key apps including Firefox, LibreOffice, and Thunderbird, and the operating system also now has native support for the ZFS file system on the root partition.

For the most part, these flavors have all the new features included in Ubuntu 19.10, but there are also a number of updates specific to each. For example, Ubuntu Studio includes OBS Studio by default for out-of-the-box support for live streaming, plus almost 100 new audio plugins. And Ubuntu MATE features a lot of bug fixes and patches, plus some changes to default apps.

One other thing worth noting about Ubuntu 19.10 is that this is the update where Canonical had originally planned to drop support for 32-bit apps… but later backtracked after user outcry.

Not all 32-bit applications are supported, but Canonical worked with its community to come up with a list of 32-bit apps that the company would continue to support at least through the release of Ubuntu 20.04 (which is due in April, 2020).