With Ubuntu 18.04 LTS out the door, the folks at Canonical are starting to talk about plans for the next version of the popular GNU/Linux distribution. Actually, the next two.

Ubuntu 18.04.1 is expected to roll out in July, bringing bug fixes and a few new features including easier access to Thunderbolt settings and support for unlocking a PC with your fingerprint.

Ubuntu 18.10, which is set to launch in October, will bring some bigger under-the-hood changes. 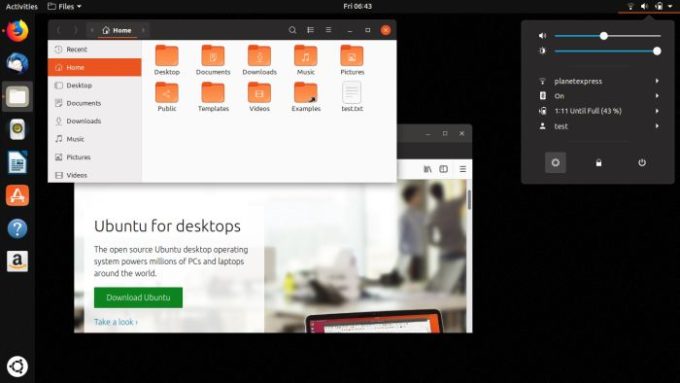 The operating system will continue to use the GNOME desktop environment, but it will have a new default theme called Communitheme, which is, as the name suggests, being developed a community of Ubuntu users and developers.

Canonical also hopes to offer better battery life by exploring options for putting hard drive controllers, USB controllers, and other hardware into a low power state when they’re not needed.

Ubuntu 18.10 will also offer faster first-time startup for apps installed as snaps, support for installing the Chromium web browser as a snap, DLNA media sharing, integration with the KDE Connact Android app for connecting an Ubuntu PC to an Android phone, and a number of software updates, among other things.

Pre-release daily builds of Ubuntu 18.10 Cosmic Cuttlefish are already available, but most of these changes are probably months away from being included/finalized.