Ubuntu’s been in the news a bit lately due to the decision to drop the Unity desktop environment, give up on smartphones and tablets, and switch to the GNOME desktop by this time next year.

But today Canonical released the latest stable build of Ubuntu, and it still very much features the Unity desktop experience (although you can also download other “flavors” of Ubuntu 17.04 such as Kubuntu, Xubuntu, Lubuntu, and Ubuntu GNOME).

Many of the changes in Ubuntu 17.04 are rather modest. But the update does bring a few significant updates. 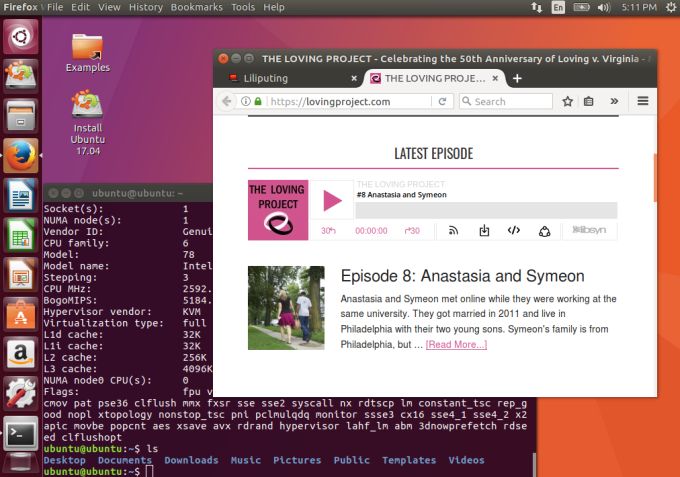 Ubuntu 17.04 uses the Linux 4.10 kernel, adds support for using some printers without the need for drivers, and includes updated versions of some key programs including LibreOffice and default calendar app, among others.

Interestingly, one of the most noteworthy differences between Ubuntu 17.04 and earlier versions of the operating system is a more robust version of the Unity 8 desktop environment. Unity 7 is still the default user interface, but Unity 8 is the newer version of the desktop environment which is designed to offer a unified user experience when running on a range of hardware including touchscreen devices like phones and tablets as well as keyboard-and-mouse computers like desktops and notebooks.

Canonical has pretty much announced that development of Unity 8 is ending, although some third-party developers may pick up the torch and carry on. But for now, Ubuntu 17.04 probably has the most advanced version of Unity you’re likely to see in a while.

Canonical is also focusing on server-centric features including support for virtualization and emulation software, which makes sense since the company plans to focus on cloud and IoT rather than mobile in the future.

Another interesting note is that this will be the last releases of Ubuntu GNOME as a standalone flavor of the operating system. Since Ubuntu plans to use the GNOME desktop environment instead of Unity, the development teams for Ubuntu and Ubuntu GNOME are combining forces to work on a single release in the future.

In fact, while we’d previously heard that the switch would take place with the launch of Ubuntu 18.04 in April, 2018, it looks like the changeover is actually happening a bit sooner than that. Ubuntu 17.10 will feature the GNOME desktop when it launches in October, 2017.

5 replies on “Ubuntu 17.04 released… as developers prepare to make GNOME the default desktop in 2018”