Wubi is a tool that lets you install Ubuntu as if it were a Windows application. In other words, you can create a computer that dual boots Windows and Ubuntu Linux without messing with disk partitions, bootloaders, or anything else. Just download and run Wubi and use it to install Ubuntu. If you want to uninstall Ubuntu from your PC, just uninstall it from the add/remove programs menu.

But Wubi doesn’t always work as well as a traditional Ubuntu installation, and as the launch of Ubuntu 13.04 approaches, the developers of the popular GNU/Linux operating system are planning to drop Wubi… at least for now. 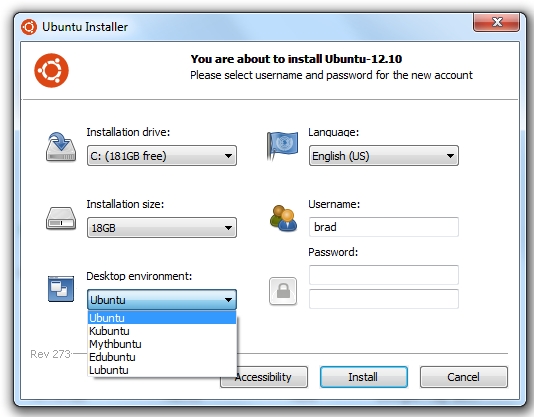 So starting with the upcoming beta release of Ubuntu 13.04, there won’t be official support for installing Ubuntu as a Windows app.

The bad news is that this means it’ll take a little more elbow grease to get Ubuntu up and running on a Windows PC. The good news is that there’s a better chance that it will run properly if you do install the operating system.

Wubi could return in the future if members of the Ubuntu development community are interested in whipping it into shape.

4 replies on “Ubuntu 13.04 to axe the Wubi Windows installer”