Canonical has released Ubuntu 13.04 Raring Ringtail. If you’ve used the popular Linux operating system in the last year or two, it should look pretty familiar. But the new version is faster, features user interface tweaks, and a number of subtle changes. 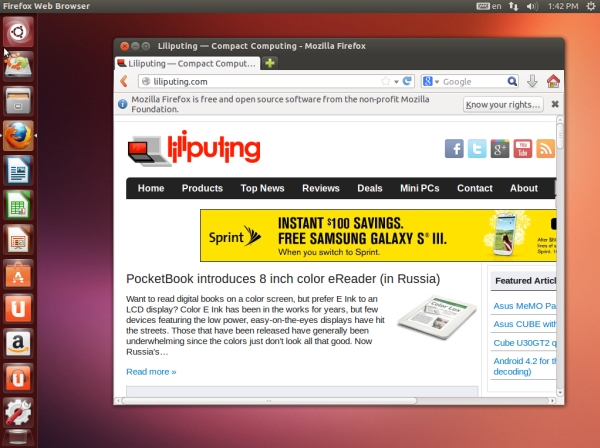 While the main branch of Ubuntu features the Unity user interface, there are also several other popular versions of the operating system.

Kubuntu uses the KDE Plasma desktop environment, and version 13.04 includes and updates to the web browser, app installer, a new manager for systems with multiple monitors, and other improvements.

Xubuntu uses the light-weight Xfce desktop environment, and version 13.04 includes some changes to the core apps. Gnumeric and GIMP have returned to the disk image, other apps have been updated, and the default theme has been updated.

UbuntuGNOME is a recent addition to the Ubuntu lineup. Before Canonical switched to Unity, the default desktop environment was GNOME. Now folks that prefer the GNOME user interface can choose this version of Ubuntu.

One reply on “Ubuntu 13.04 Raring Ringtail released (along with Kubuntu, Lubuntu, Xubuntu)”