Right on schedule, Canonical has released Ubuntu 12.10 Quantal Quetzal. The latest version of the Linux-based operating system is available for download just over a week before Windows 8 goes on sale.

I doubt Microsoft is quaking in its boots, but if you’ve been dreading the switch from Windows 7 to Windows 8, now’s as good a time as any to check out one of the most popular Linux-based operating systems for laptop and desktop computers. 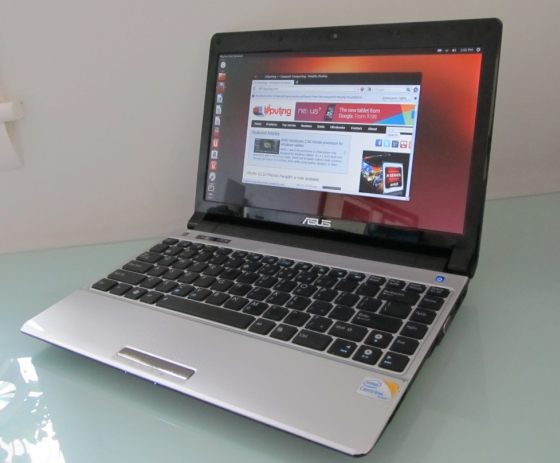 You can take Ubuntu 12.10 for a spin without installing anything on your computer. Just download the 800MB liveCD image, burn it to a disk, and when you reboot your computer choose the CD as your boot device. This lets you kick the tires without writing anything to your hard disk. If you like what you see you can click the install button.

The Ubuntu live image can also be loaded onto a USB flash drive, or you can use a Windows Installer that lets you install Ubuntu as if it were a Windows app. This lets you choose between Windows and Ubuntu when you boot your computer — but you can also remove Ubuntu from your system simply by uninstalling it from the Windows “Uninstall or change a program” utility.

If you’ve been following Ubuntu for a while, you” recognize the desktop environment in version 12.10. It’s called Unity, and it includes a toolbar at the top of the screen and a list of program shortcuts on the left. There’s also a head-up display (HUD) feature which lets you launch apps or enter commands using keyboard shortcuts.

Ubuntu 12.10 improves support for web apps, letting you add them to the dock on the left side of the screen as if they were desktop apps. You can also get notifications from some web apps such as Twitter, or control music playback in web apps from the Ubuntu dashboard.

The search utility also now searches the internet as well as local storage. If you use the Ubuntu One online storage service, or enter your Google account information, for instance, you can search Google Docs or your Ubuntu One music store at the same time as you’re searching your hard drive.

That leads to one of the more controversial aspects of Ubuntu 12.10. Canonical has integrated Amazon search at the OS level… and results include Amazon affiliate link code. That means Canonical makes a bit of money every time you buy something after a search result takes you to Amazon. You can disable the “shopping Lens” in the privacy settings if you’re not happy with it.