Up until a few years ago Ubuntu Linux used the GNOME desktop environment which provided the basic look and feel to the desktop and toolbar as well as a series of default apps.

But starting with Ubuntu 11.04, GNOME was replaced with the Unity user interface which was built by the Ubuntu developers. Users who prefer GNOME can still install it manually, but starting later this year it might be possible to download a pre-built version of Ubuntu with GNOME again. 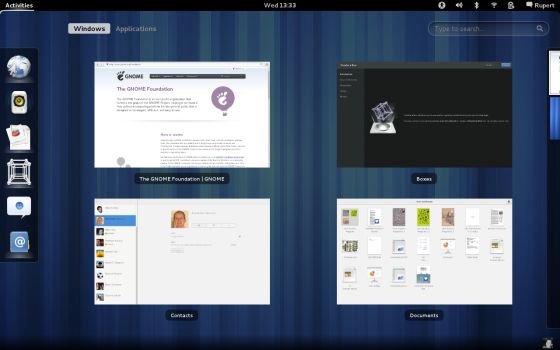 Developer Jeremy Bicha notes that a goal for the Ubuntu 12.10 release in December is GNOME Flavor.

This isn’t a done deal yet. And a GNOME Flavor wouldn’t mean the end of Unity. It would simply be an option for users that don’t like Unity (and there are an awful lot of those users), much like Kubuntu (which is based on KDE), Lubuntu (based on LXDE), or Xubuntu (based on Xfce).

But GNOME also isn’t what is used to be. Starting with GNOME 3 the developers behind the desktop environment moved away from a traditional desktop and introduced a GNOME Shell design with an app dock, window picker, and a focus on activities.