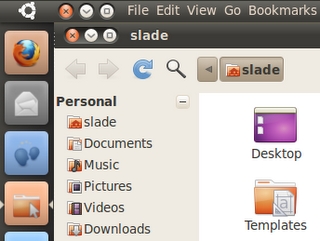 Ubuntu is one of the most popular desktop Linux distributions around, and the folks at canonical tend to release a major update every 6 months or so. But if you just can’t wait until October to see what the newest release will build, you can download Ubuntu 10.10 Alpha 3 today. Just be careful. That alpha label means there’s no guarantee that everything will work properly.

The latest alpha brings a number of updates, including a few changes to the Ubuntu Netbook Edition interface, designed for machines with low screen resolutions and relatively slow processors. First up, Ubuntu Netbook Edition now uses Banshee as its default media player. There are also netbook friendly calendar, contact, and email apps and a refined user interface.

OMG Ubuntu has a nice run-down of other changes. One o the most interesting is the new Software Centre. Some would claim that Linux distributions have had “app stores” sine long before Apple’s iTunes store hit the ground. But the software repositories used by Linux distributions can be a bit difficult to navigate, and the new Ubuntu Software Centre is supposed to make it easier to find and install apps.

The Software Centre is divided into a number of categories including Games, Office, Internet, and Sound & Video. There’s also a section for featured apps and another for new apps. You can also hit the History tab to view all apps that have been installed, removed, or updated.

You can download Ubuntu 10.10 Maverick Meerkate Alpha 3 from Ubuntu.com.