Google’s Project Soli is an effort to design a touch-free user interface for interacting with electronic devices using tiny radars. The company unveiled Project Soli at Google I/O in May, 2015, and now it looks like Google has begun sending development kits to testers.

Engineer Alex Bravo has posted a short video showing a system for using Project Soli to type characters into a smartphone… by simply moving his fingers through air. 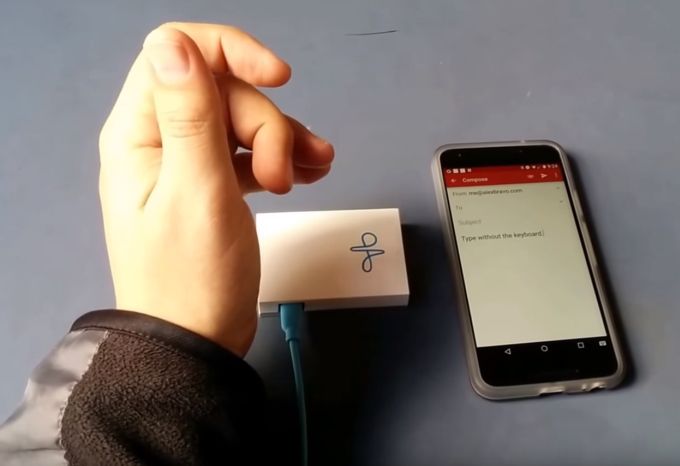 Bravo has been developing wearable keyboards that let you type with one hand, and he’s posted a number of videos showing off his “Twiddler” prototypes for the past few months.

But now he’s showing off something he calls SoliType, which lets you simply position your hand above the Project Soli sensor and move your fingers to enter text.

This is the first application for Project Soli I’ve seen since Google launched an alpha program last August, and to be honest, I have a feeling the video might violate an NDA, so don’t be surprised if it disappears soon.

But I also wouldn’t be surprised if we see some new cool applications of Project Soli at this year’s Google I/O conference, which is runs from May 18th through the 20th.