Smartphones and tablets tend to have battery life that’s measured in hours rather than days… so a cottage industry has popped up with companies providing external batteries you can use to recharge your devices on the go.

There’s a much smaller cottage industry of 2-in-1 portable batteries that can also replace your wall charger. The Tylt Energi 2K is one of the few devices to do that… and Tylt is hoping to raise $50 thousand through a Kickstarter campaign to begin producing the Energi 2K. 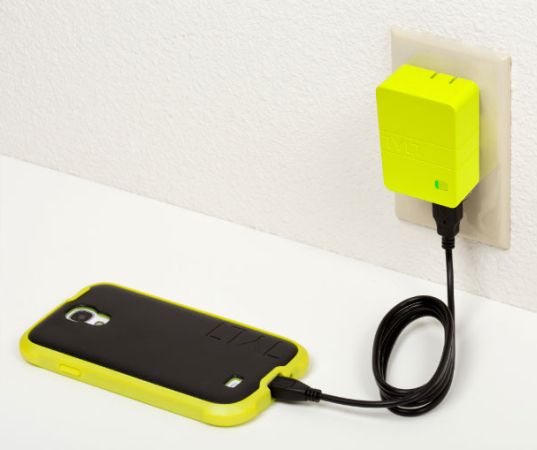 At first glance, the device looks like yet-another adapter that you can plug into an outlet to charge your phone, tablet, or other devices with a USB cable. But it also has a 2,200mAh battery built in.

It takes about 3 to 4 hours to fully charge the Energi 2K battery, and it should be able to recharge a typical phone in about 90 minutes.

Eventually the team plans to sell the Energi 2K for $40, but Kickstarter campaign backers can reserve one for as little as $20. If all goes according to plan, the first units should ship in July.

This isn’t the first device of its type we’ve seen. Fluxmob held a Kickstarter campaign for the BOLT 3000mAh battery with a built-in wall charger last year. But now that the campaign has ended, you’ll need to pay $60 to pre-order a BOLT battery. Those devices are expected to ship in June.