Liquid cooling systems are used to help keep high-performance gaming PCs (and even some smartphones) from overheating. But the liquid cooling is a lot less common in laptops. It’s not unheard of though.

Earlier this year XMG introduced a liquid cooling accessory designed to connect to supported notebooks to provide additional cooling power when plugged in. And now Linux PC company Tuxedo Computers has introduced a very similar system for use with its Linux laptops… or at least one of them. 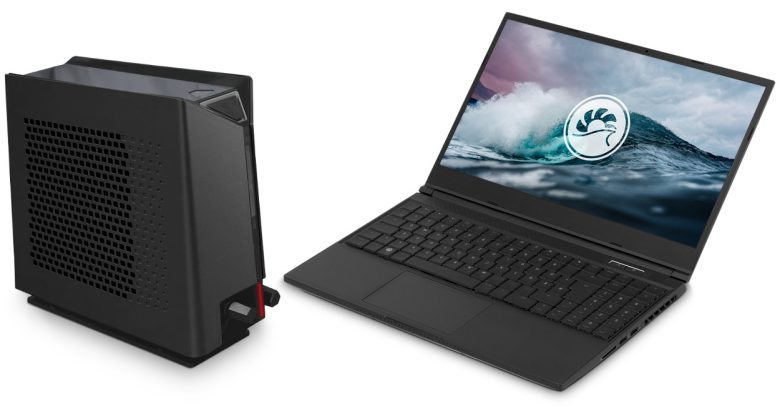 The Tuxedo Aquaris is an external water cooling system that connects to a laptop and pushes liquid through the computer to help reduce temperatures while keeping fan noise low.

Because of the way this system is designed, the Aquaris cooling dock will only work while stationary – this isn’t for use on the go. And it will only work with supported notebooks that have internal pipes designed to circulate water. At launch, that means it only works with a single laptop: the Tuxedo Stellaris 15 Gen 4. But if the system proves popular, it’s possible we could see the company launch new laptops that support the Aquaris cooler.

Honestly, though, using the liquid cooling seems like kind of a pain. You need to completely drain the liquid from your laptop before you can safely transport it, which means that rather than unplugging your notebook at the end of a gaming or work session, you’ll need to spend a few minutes making sure you’re not going to damage anything by throwing it in your bag. At that rate, I can’t help but wonder if you might not just be better off with a desktop.

Phoronix notes that Tuxedo actually introduced the Stellaris 15 Gen 4 and Aquaris water cooling system earlier this year, but at the time the cooler only worked if you were running Windows on the laptop. Now Tuxedo has developer Linux drivers and added support for liquid cooling controls to the company’s open source Control Center software.