You can pick up a Raspberry Pi for just $35, and the BrickPi team wants to sell its robotics add-on for the same $35 price. So for about $70 you get a programmable device with support for sensors, motors, and just about everything else you need to start building robots. 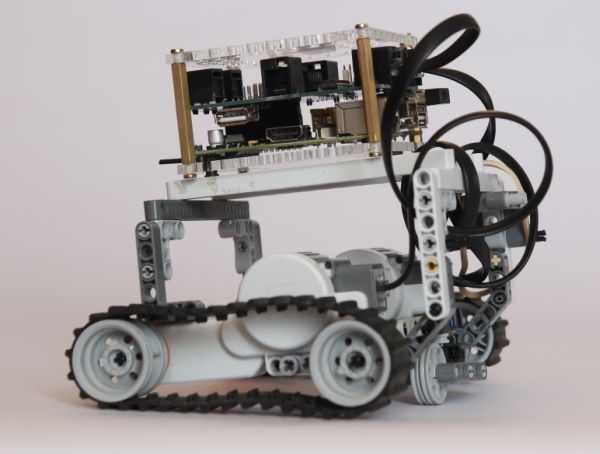 The BrickPi is basically a board that you can attach to a Raspberry Pi, It includes connectors that let you add LEGO Mindstorms motors and sensors so that you can build a device that can move autonomously, detect the world around it, operate a claw, or perform other actions.

It draws power from a 9V battery, and you can even power the Rasbperry Pi using the same power source, which lets the mini-computer work as the brains of a robot even when it’s not plugged into a wall jack.

The BrickPi team comes from Dexter Industries, which is taking pledges for the project in a Kickstarter campaign which ends on June 16th. The project had a pretty low goal of less than $2000, and has already raised more than $90,000.

In other words, the team probably didn’t need to turn to crowd-funding in order to get the money together to build BrickPi devices. But Dexter Industries says they turned to Kickstarter in order to generate a bit of enthusiasm for the project and help build a community around the BrickPi.

Crowd-funding will also help keep the cost low, and the team’s already raised enough money to meet a few stretch goals including support for development in C/C++ and some hardware improvements. 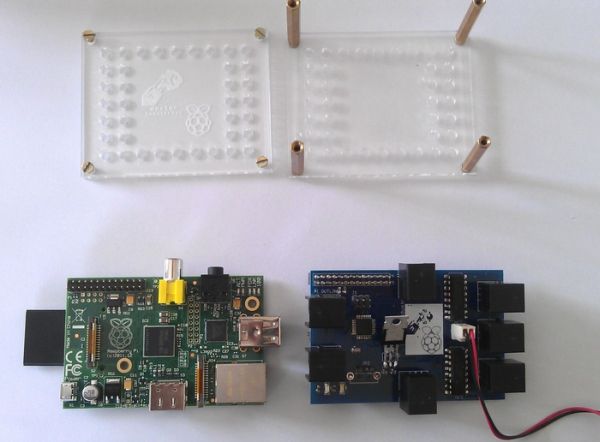