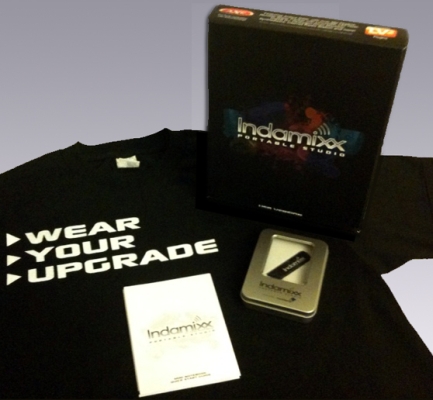 Indamixx has been putting out custom netbooks designed for creating and editing music for a year or two now. Basically, Indamixx offers an off-the-shelf netbook like an MSI Wind U100 that’s been tweaked with extra RAM and loaded up with a custom Linux distribution and tons of open source audio production software as well as commercial apps including Renoise. Now the company is offering Indamixx Portable Studio USB Stick Version for netbooks and laptops.

The $149 2GB USB stick comes preloaded with same OS and all the same software you would get if you purchased an Indamixx netbook. But you can use your existing netbook, which should save you some money (if you already have a netbook). For $69, you can also download the Indamixx software as an ISO file.

Theoretically you could install Ubuntu or another Linux distribution yourself and load much of the same software that’s available from Indamixx. But the Indamixx solution does offer a few features that would be hard to come by elsewhere, including the ArdourXchange, which is a commercial Pro Tools compatible protocol for the open source Ardour digital audio workstation. The OS also uses a zero-latency kernel.