Google’s Chrome OS is a lightweight, secure operating system that was originally built around Google’s Chrome web browser, but which has become more versatile over the years with a built-in file manager, media player and other tools… and optional support for running Android and Linux apps. 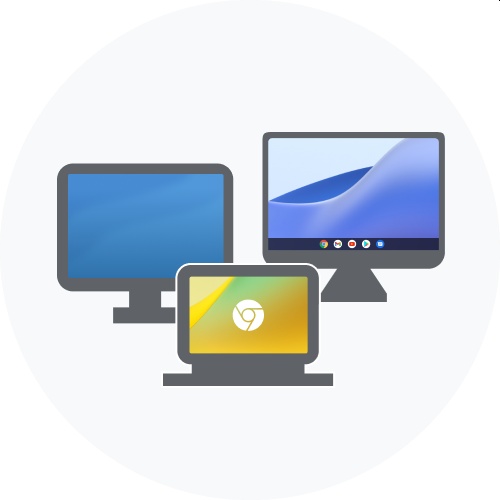 Chrome OS Flex is currently available as an “early access” project, and Google notes that users may notice some instability or other problems. But if that doesn’t scare you off, you can sign up to get a download link and installation instructions for preparing a bootable flash drive that you can use to take Chrome OS for a test drive on your computer before deciding whether to install the operating system to local storage.

Google is positioning Chrome OS Flex as a solution for folks with older hardware that might have dated specs or compatibility issues with the latest versions of Windows or macOS. And Google’s timing seems particularly good for folks who may be hanging onto older Windows PCs, since many of them won’t officially support Windows 11 (although Windows 10 will continue to be supported through 2025).

Sure, there are other options – if your old computer can run Chrome OS, it can probably run Ubuntu or another GNU/Linux distribution. But Chrome OS is simple, fast, and fairly familiar for millions of users who may not be comfortable learning an operating system that works as differently as most desktop Linux distros.

There’s also an option for a Chrome Enterprise Upgrade, which will bring support for network administrator features including advanced security services, controlled updates, and granular device controls. This could come in handy for business, government, or educational institutions that want to repurpose old hardware rather than investing in new Chromebooks or other computers.

In fact, the enterprise and education markets are probably Google’s main target for Chrome OS Flex, but it’s available for anyone to use.

Chrome OS Flex isn’t an entirely new product. It’s the Google-branded version of CloudReady, a service that has allowed you to turn an old PC into a Chromebook since 2015. Google acquired CloudReady maker Neverware in 2020 and last summer it became clear that the company was planning to release its own version of the software.

If you’re intrigued by the idea of Chrome OS Flex, but don’t want to risk running “early access” software, Google says a stable version of the software should be available within months.

Google says when Chrome OS Flex goes stable, folks using CloudReady will automatically be upgraded to Flex, although there are some features that power users may not consider an “upgrade.” For example, CloudReady Home Edition currently supports command line access via a shell or TTY, as well as the ability to disable rootFS verification. Chrome OS Flex does not.

Some other differences between CloudReady and Chrome OS Flex include:

Google also notes that Chrome OS doesn’t officially support some hardware that may be included on your old Mac or PC. If you have a computer with a fingerprint reader, IR camera for face recognition, stylus and active pen support, CD or DVD drives, or Firewire or Thunderbolt ports, for example, those features may not be fully supported.